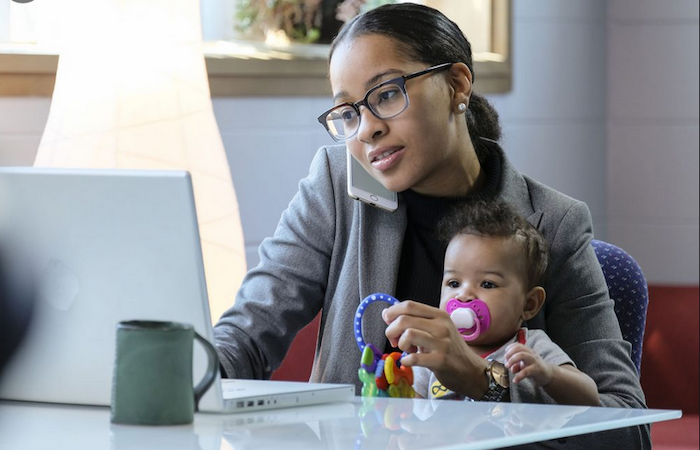 A report released by the Institute for Fiscal Studies (IFS) has revealed the extent to which working mums forego employment and improvements in their salaries after they have had children compared to men.

The careers and time use of mothers and fathers report found that the numbers of hours worked by men barely changed after they become parents. Employment levels of women, however, fell from more than 90% to below 75% after childbirth.

Moreover, among those women who remained in paid work, the average number of hours they carried out dropped from around 40 hours per week to less than 30.

But not only were women found to either give up work, or work fewer hours, the research also revealed that even when women had higher wages than their male partners before childbirth, their employment fell by at least 13% during the first years of parenthood and remained at this lower level for the next decade.

Because of this, the report discovered that lower-wage male partners who remained in paid work were likely to overtake women in terms of their wages earned over time.

Commenting on the findings, report author Alison Andrew, senior research economist at the IFS, said: “Far more mothers than fathers stop paid work or switch to part-time work while taking on the majority of the childcare.”

She added: “This has long-lasting, cumulative impacts on the amounts they can earn per hour well into the future.”

The research also recorded the working patterns of heterosexual parents during the first Covid-19 (Coronavirus) lockdown.

While higher earning mothers tended to do the same amount of paid hours as their lower-earning male partners, no matter who was better paid before the lockdown, mothers always did less uninterrupted working time during the confinement period.

Andrew added: “What’s clear from the research is that additional childcare needs were met disproportionately by mothers, regardless of whether the mother earned more than the father before the crisis.”

The IFS research questioned 3,591 two-parent opposite gender couples in England and was collected during the March 2020 lockdown.