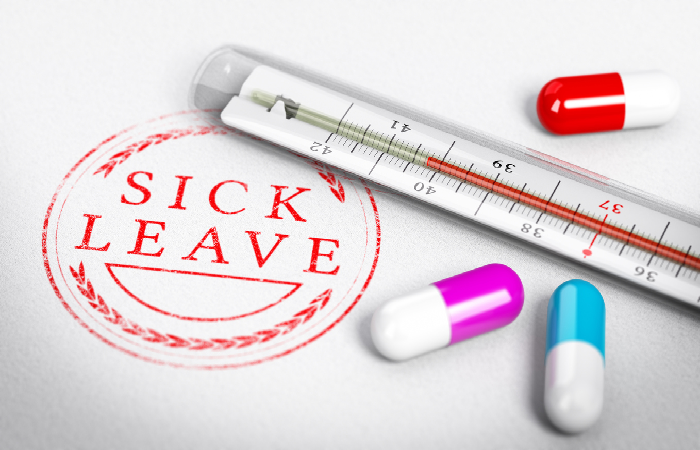 The UK 2021 sickness absence rate increased to 2.2% from a record low of 1.8% in 2020, according to latest Office for National Statistics (ONS) research.

The most common reason for sickness absence in 2021 was ”other” conditions, including accidents, poisonings, diabetes and Covid-19 (Coronavirus), which accounted for nearly one in four of all occurrences in 2021. This was followed by minor illnesses at 22%, musculoskeletal problems at 13%, and mental health conditions at 10%.

In addition, the groups with the highest rates in 2021 included women, older workers, those with long-term health conditions, people working part time and people working in caring, leisure and other service occupations.

Sickness increased for all age groups from 2020 to 2021, with the rate for those aged 65 years and over being the highest on record at 3%.

By location, workers living in Wales had the highest sickness absence rate in the UK of 3%, while those living in London had the lowest rate of 2%, 0.5 percentage points below the UK average.

The number of working days lost because of sickness or injury increased last year to an estimated 149.3 million working days, which is the equivalent to 4.6 days per worker.

According to the ONS, the rate rise in 2021 was driven by increases seen between October and December 2021.

The end of the furlough scheme, coupled with the decline in homeworking, shielding and social distancing policies, and new Covid-19 variants, also led to a rise in sickness absence to above pre pandemic levels.

A spokesperson for the ONS said: “After a record low sickness absence rate in 2020, with Covid-19 measures such as furloughing, social distancing, shielding and increased homeworking helping to reduce other causes of absence, the relaxation or ending of these measures, coupled with new variants of the virus, led to a rise in sickness absence from work in 2021, to above pre-pandemic levels.

“The absence rate was last that high in 2010, and Covid-19 accounted for almost one in four absences.”