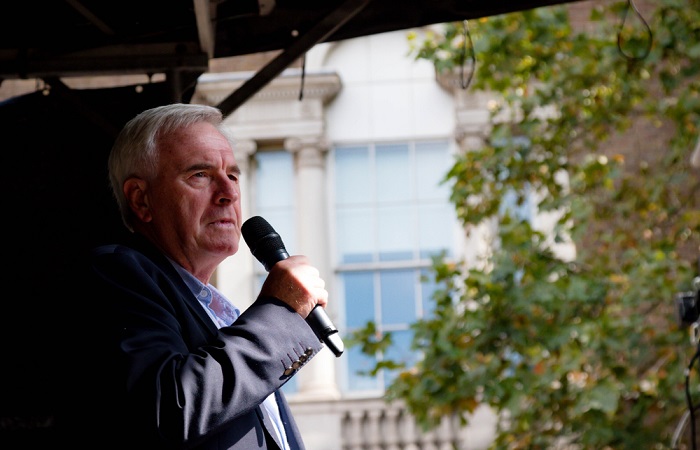 During the 2019 Labour Party Conference, which took place from Saturday 21 to Wednesday 25 September, shadow chancellor of the exchequer John McDonnell MP (pictured) committed the party to start work implementing a 32-hour average working week, with no reductions to pay, during its next term in government.

The move to a shorter working week, which the Labour MP stated would be in place within a decade, is to be delivered by setting up a new independent Working Time Commission, modeled on the Low Pay Commission that currently advises government on the national minimum wage. This new body would advise on the topic of raising minimum holiday entitlements for employees.

The Labour Party has also stated that it will use sectoral collective bargaining to address the different needs of various sectors in response to a shorter working week, and focus on building working time into binding sectoral agreements.

McDonnell further pledged to end the ability for UK employees to opt out from the EU Working Time Directive, which the party states allows organisations to pressure staff into working more than 48 hours per week.

In pledging to tackle in-work poverty, McDonnell stated that the party would restore full trade union and workplace rights from day one of employment, roll out collective bargaining, ban zero hour contracts, and bring in a real living wage of at least £10 per hour.

In his speech, McDonnell stated: “We should work to live, not live to work. Thanks to past Labour governments, but mainly thanks to the trade union movement, the average full-time working week fell from nearly 65 hours in the 1860s to 43 hours in the 1970s. As society got richer, we could spend fewer hours at work. But in recent decades progress has stalled.

“But while millions are exhausted from overwork, there are too many others who can’t get the working hours they need, so we’ll also ban zero hour contracts to make sure every employee has a guaranteed number of hours a week, too. And our real living wage will make sure that people in work earn enough to live on.”

Andrew Willis, head of legal at Croner, said: “Whether UK employers will be able to make the proposals [to reduce average working hours] work in their organisation will be influenced by several factors, with many looking for new ways to work more quickly, such as taking on more staff or embracing more efficient technology.

“The problem a reduction will cause for other employers, whose work relies on human input like many care or counselling providers, drivers or journalists, will not be so simple to fix, especially in industries, such as the NHS, where the current workforce is already famously overstretched.”

Jamie Mackenzie, director at Sodexo Engage, added: “Introducing a four-day week in the UK is a smart move which would positively impact workers across a wide range of industries. There’s plenty of evidence that suggests workers are, in fact, more productive when their working weeks are shorter. When employees struggle to get a good work-life balance, everything is impacted, from workers’ long-term health to company profits. But the policy can’t be put into force without proper preparation.”

Elsewhere in the conference, the Labour Party also made commitments to improving the working lives of women, specifically those experiencing the menopause.

Shadow women and equalities secretary Dawn Butler MP stated that the next Labour government would require employers with more than 250 employees to implement various procedures: training for line managers on how the menopause can affect working women and what adjustments might be necessary; flexible working; absence policies that treat the menopause as a long-term fluctuating health condition, rather than an illness; and risk assessments to consider the specific needs of menopausal women in the workplace.

In her speech, Butler said: “This bold policy will support women experiencing the symptoms of menopause in the workplace. Together, we must end the stigma and ensure that no woman is put at a disadvantage, from menstruation to menopause.

“This forms part of our plans for a workplace revolution under the next Labour government to secure equality at work. By delivering policies like this through a standalone Women and Equalities department, Labour will put equality right at the heart of government.”

Philip Richardson, partner and head of employment law at Stephensons Solicitors, said: “As people are now working for much longer than ever before, legal rights around female employees going through the menopause are perhaps more pertinent than ever. Forward-thinking organisations are leading the way and introducing menopause-specific policies in the workplace, as it’s increasingly becoming accepted as an occupational health issue. Many employers also have flexible-working policies in place that may allow women to better manage their symptoms.

“Not all employers are so supportive, so it’s important for female employees to be mindful of their legal rights at work and understand they can seek legal guidance if an employer is being particularly unhelpful.

“Although an often taboo subject, it’s important for employers of all sizes to be aware of this issue and for women to feel comfortable enough to be able to approach their employer and have an open conversation about their experiences of the menopause. Better HR training for managers is a good starting point, but it’s also important that employers take the time to consider their working practices and making suitable adjustments where needed.”