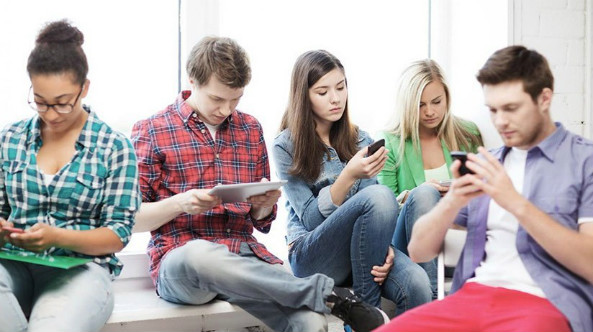 by Gethin Nadin, director of ecosystems

There’s been a lot of debate and research into the different generations currently in the workplace, and how their attitudes to work are shaping and evolving HR.  So how do you accommodate the newest generations with very different wants and needs to their predecessors?

The phrase Generation X was actually coined in the 1950s, and popularised by Douglas Coupland in his 1991 book, appropriately titled Generation X. The naming convention that began with X – as the generation that supposedly lacked direction and definition – and then continued on to Y and Z, was essentially an accident.

So, the term Millennial is the collective name for the generations that currently succeed Generation X. So, if you were born after 1980, you’re considered a Millennial. Generation Y are now well into their careers and there’s a next generation coming. Cue Kirk versus Picard debate.

As we look back, we can see that the youngest of the traditionalists are now 72 years old and are retired or retiring, although there are 300,000 over-70s still working in the UK – a figure that is unlikely to decrease in the future. So the three remaining generations are Baby Boomers, Generation X and Generation Y. But there’s one more en route…

Generation Z
Generation Z have quietly come of age while Millennials have enjoyed significant media attention. Described as independent, stubborn, pragmatic, always in a rush, and always on their phones, Generation Z are also described as Centennials. Born post-1995, this generation has never known a world without the internet. In fact, their lives are so entwined with tech, that some academics have (affectionately) dubbed them Mutants. Although some older generations may revel in being dismissive of ‘youngsters’, Generation Z are set to become the largest generation ever – reaching 2.52 billion – and by 2025 they will account for 30% of the workforce. Therefore, it’d be remiss to not take their wants and needs seriously. Their existence was rocked by terrorist attacks, and two economic crashes; Generation Z came into this world with their eyes wide open in the aftermath of these great events.

Who influences Generation Z?
Changes in technology dominate each generation, and how they like to be communicated with changed rapidly over time. Generation Z have billions in spending power and feel it’s their responsibility to fix the economy and change the world. As strange as it sounds, 15 year olds in 2016 grew up in a very different world to Millennials in 2006. Millennials were raised during the boom times and relative peace of the 1990s, until all of a sudden their existence was rocked by terror attacks and two economic crashes. Generation Z came into the world at that point. They are influenced by online bloggers, web-based comedians and Vines. Ever heard of Felix Arvid Ulf Kjellberg, better known as ‘PewDiePie’? Me neither.

So, who are Generation Z?

Generation Z in the workplace

Generation Z and employee benefits
PwC’s Future of work research shows that after career progression, salary, and development, employee benefits is the fourth most important factor when choosing an employer.

‘Flexibility is more important than salary’ Cusumono, head of HR at LinkedIn

The impact of Generation Z

The challenge of Generation Z
The biggest challenge is how to retain them:

Preparing for Generation Z
First, take all of this with a pinch of salt. The research tells us a lot about how a group of people thinks in general, but this doesn’t always translate to real life. You will have Millennials working for you who already own their own home, or have a child. However, there are some ways you can prepare for this generation: