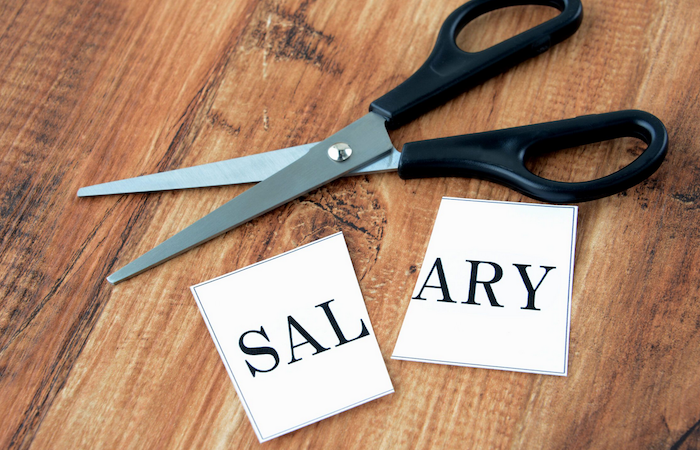 A new survey by HR software provider CIPHR has found that more than two-thirds (68%) of employers are now debating whether to implement pay cuts for home workers.

According to the research, even though around half (53%) of organisations have actually saved money by not having employees attend the workplace, there is a groundswell of support for severing wages among those who choose to continue working from home.

A total of 86% of employers revealed they had either suspended, reduced, or removed location allowance payments since the pandemic, while 68% had given all or most of their staff the option of remote working.

The study further found that employees wishing to be fully remote were far more likely to face a pay reduction than their hybrid-working colleagues, with two-fifths (39%) of employers singling them out for cuts compared to 29% for hybrid workers.

Commenting on the survey, Claire Williams, director of people and services at CIPHR, said: “Employers need to tread very carefully if they are going to look at removing location allowances or cut wages based on location as a result of the shift to more home working. Not only are there legal and ethical considerations and consequences, but there are the long-term impacts on employee loyalty and the risks of increased turnover to think about too.”

CIPHR’s research suggests 72% of people have a preference for working from home – but this could be seriously impacted if they understood that doing so also meant their pay would be cut too.

Of the companies that had already made changes in pay for home workers, 49% have done so temporarily, but 14% have already made them permanent.

Williams added: “If employers have very clear policies and contractual arrangements in relation to location allowances, then [pay reductions] will be easier to navigate. But it won’t necessarily make it more palatable for the employee who is receiving the news that their earnings are going to reduce through no fault of their own.”

Last week it was reported Google was considering paying staff less if they worked from home. The technology giant follows the likes of Microsoft, Facebook, and Twitter, which have all offered less pay for employees based in locations where it is more inexpensive to live.

According to CIPHR, three-quarters (77%) of employers it polled agreed it was more beneficial for younger employees to be in an office than to be working from home. Some 57% thought being home workers would have a negative impact on career advancement.

Staff may work 2.8 days a week from home in future