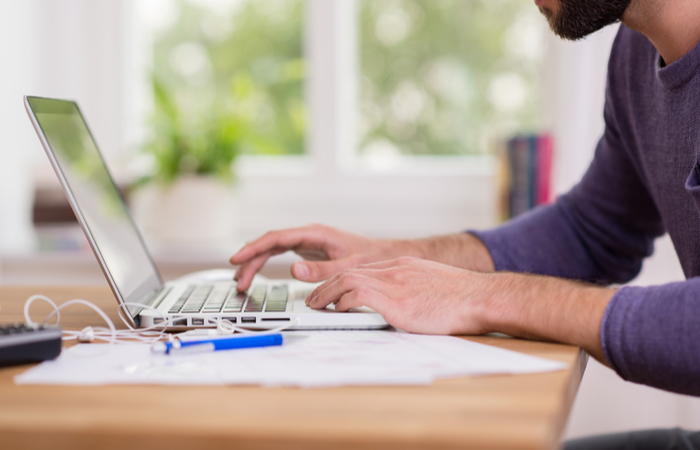 Only 30% of UK employees ever worked from home during 2019, according to the latest research by the Office of National Statistics (ONS).

Due to the current Covid-19 (Coronavirus) pandemic, many UK employees are now expected to work from home for the foreseeable future. The research, published on 24 March 2020, looked by way of comparison at how many people worked from home on a regular or occasional basis previously.

Since 2015, the percentage of people that mainly work from home has slightly increased. During the period of January to December 2019, 5.1% of the UK population mainly worked from home, compared to 4.3% in 2015.

The most popular homeworking sector in 2019 was information and communication, with 14% mainly working from home, and more than half (53%) having ever worked from home. This was closely followed by the scientific activity and professional sector, with 12% of respondents homeworking regularly in 2019, 46% having ever worked from home, and 26% having done so a week before the research took place.

Those in roles such as managers, directors, and senior officers were most likely to work from home (10%), followed by those in associate professional and technical occupations (8%) and administrative roles (6%).

Working from home was more popular in 2019 in the South-Eastern region, with 6% mainly working from home and 34% having done so at some point. This is followed by London, at 5.5% and 32%.

Individuals working beyond the state pension age were the most likely to work from home in 2019, with 23% doing so the majority of the time.

Men (11%) are twice as likely to work either in the same grounds or buildings as their home or with home as a base compared to women (5%).

Commenting on the statistics, Molly Johnson-Jones, co-founder at Flexa, said: “Working from home has become the norm for millions of employees. With these figures suggesting only 30% of the UK workforce have ever worked from home, this will be the first experience for an enormous number of employees and employers alike.

“For some [businesses] forced to make the change, they will have found themselves ill-equipped to deal with this shift. They don’t have the infrastructure, the communication, or the culture of trust. In addition, many employees may be tempted to take advantage of it as a break from the norm where they feel overworked.

“Early teething problems may be particularly acute in the north of the country, as today’s data shows employees are far less likely to have worked from home than their counterparts in London and the South East.

“Flexible working has been shown to be beneficial for people’s mental health, but during this challenging time when people’s behaviour has been curtailed, it is more important than ever that employers keep in touch with their workers through phone and video calls.

“Seeing a friendly face from work can go a long way to boosting employees’ morale while everyone gets used to this new way of working.”

One third of UK organisations do not offer flexible working

Half of UK parents say home working has increased their workload