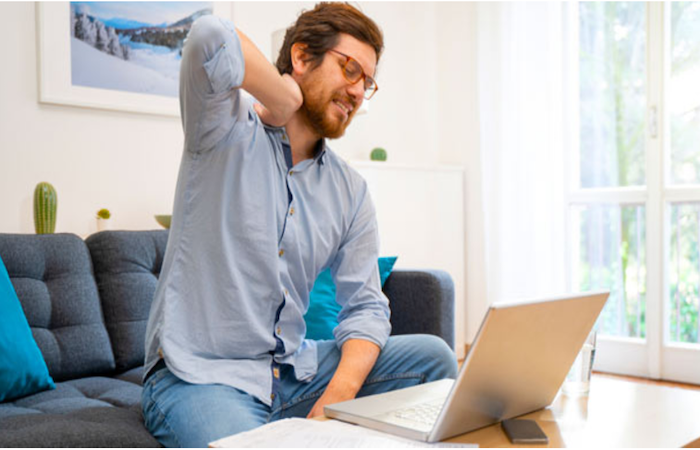 The lasting impact of remote working could be an increase in musculoskeletal health issues, according to new research.

A survey by Furniture At Work – which polled more than 2,000 employees who had been exclusively working from home – found that 54% admitted they were still not sitting at a properly designed desk or in a proper work environment.

The research revealed poor at-home set-ups were causing 27% of staff to be working from their kitchen tables and 15% from their sofas. A fifth of 16 to 24-year-olds claimed to regularly work from their beds.

But the consequences of this could be the onset of problems later down the line in terms of musculoskeletal health issues, claimed Furniture At Work.

A company spokesperson said: “Working from home was forced upon a large percentage of the UK’s population last year, with may of employees feeling unprepared and unsupported to turn our homes into an office. Unfortunately, this means significant numbers of a usually office-based population have been left working un unsatisfactory locations, leading to serious concerns about how this could affect the physical health of workers.”

Not helping matters was additional data it found that revealed staff were now doing much less physical movement than before.

The data revealed 37% of respondents said they were doing less exercise now they were working from home.

Combined with a lack of commute, it also discovered almost four-in-10 workers admitted they had become much less physically active since they started working from home.

The spokesperson added: “We found only 22% of workers were managing doing more than 30 minutes of exercise per day. It’s clear the health impacts of the Covid-19 (Coronavirus) pandemic could be much further reaching than first thought. It’s now incumbent on employers to help support their teams and ensure their workspace is suitable and safe.”

34% of employees are more productive working from home

How managers can support their team while working from home