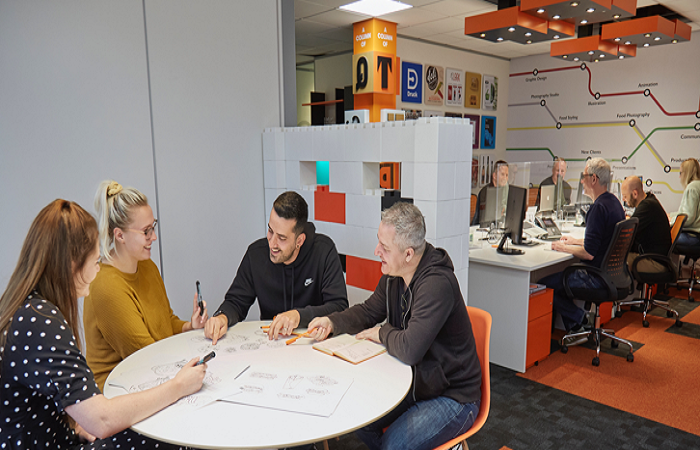 The organisation, which was originally named Stocks Taylor Benson after being launched by Glenn Taylor, Dean Stocks and John Benson in 1988, has worked with Avon, Aldi, Next, Black and Decker, Virgin Trains, Morrisons, and Avanti West Coast.

Taylor, who had been the sole owner of the business up until the ownership transfer, decided to give 90% of it to his 29 employees. He will continue as CEO and will be supported by the existing executive management team.

According to the organisation, which has also launched a refreshed brand proposition, the move to an EOT means that it will continue to deliver “the very best quality and service that it has become well known for” while “seamlessly” securing a sustainable future for the business, its employees and clients. Furthermore, its aim with this transition is to empower staff to drive the company forward.

Taylor said: “Over the years, I’ve been proud to work with some of the best graphic designers in the business. Our job is to help our clients make more money by selling more stuff, whether cornflakes or cars, simple as that. We are placing it in the hands of the people who have helped it grow over the last 33 years and enabling them to share in its success.”

STB’s executive client director Greg Jolley added that the team is “hugely excited” that STB is becoming an employee-owned business.

“This is the perfect opportunity to come together as a team and redefine our positioning and proposition. Glenn has built this thriving business from scratch. Passing his legacy on to the team will enable us to attract top talent, to work with more of the world’s leading brands and businesses, and ultimately to accelerate growth,” he said.