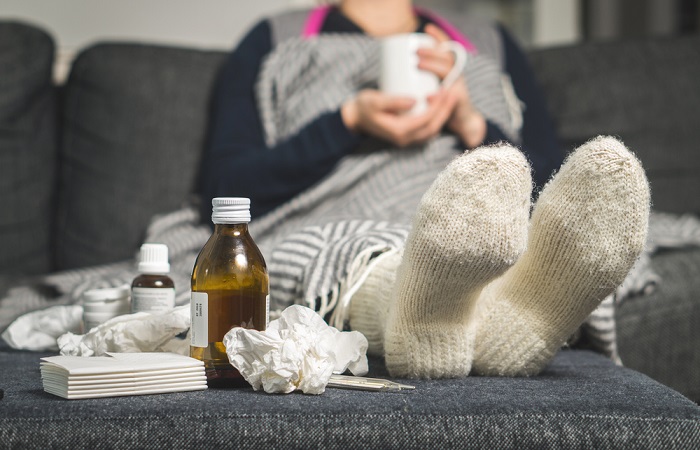 Employees took fewer days off because of illness last year than at any time since records began, according to the latest data from the Office for National Statistics (ONS), published 3 March.

While the Covid-19 (Coronavirus) itself may have led to additional sickness absence, measures such as furlough, social distancing, shielding and working from home appear to have helped reduce other causes of absence.

Since April 2020, Covid accounted for 14.0% of all occurrences of sickness absence. Minor illness, which includes coughs and colds, remains the main reason for sickness.

The ONS said it could not quantify how many people shielding were employed and able to work from home, how many were furloughed or how many are otherwise classified.

In April 2020, nearly half (47%) of people in employment did at least some of their work from home. This, said the ONS report, together with social distancing and self-isolation “may have led to less exposure to germs and minimise some of the usual sickness absences”. Furthermore, home working also allows “people to work when they were a little unwell”, so they might not have travelled to work but felt well enough to work from home.

Looking at days lost through sickness, the UK recorded 3.6 days per worker in 2020, down from 4.2 days in 2019 and 7.2 days in 1995, when the annual analysis started. The ONS stressed that caution should be used with 2020’s figures because of the impact of furlough.

Women’s sickness absence fell to its lowest rate yet, 2.3%, while men’s fell to 1.5%, only the second year it has fallen to that level.

Sickness absence rates for workers in the public and private sectors stood at 2.7% and 1.6% respectively in 2020. The rate for public sector employees has been consistently higher than that for private sector employees, but for only the second time the rate (1.7%) for central government fell below the UK all-sector average (1.8%). Only workers working in public health recorded a higher rate (3.6%) than the previous year (3.4%).

Jacqui Beel, head of content at video meeting provider PowWowNow, commented: “With homeworking now the norm for many, one benefit that has come to light is that working from home is a viable option for many office workers, enabling them more free time due to not commuting.

“Flexible working enables staff to start and finish work early from the comfort of their own home, when they are not well enough to travel to and from the workplace, take breaks when needed as well as attend doctors’ appointments more easily.”