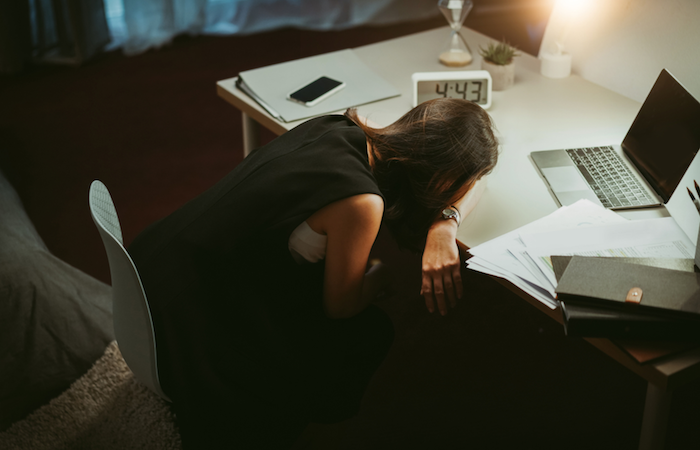 Covid-19 (Coronavirus) is not just taking its toll on frontline employees; managers are suffering burnout too, with new data showing it is forcing many to the point of wanting to quit.

Research from Benenden Health has found nearly two-thirds of managers have experienced burnout during the past 12 months, with more than a third unable to take time off due to increased workloads.

The result, it revealed, is that 20% have actually considered quitting as a result of their burnout symptoms.

According to Naomi Thompson, head of OD at Benenden Health, the figures should be a wake-up call for HR to better support the often-ignored plight of managers – those who often take on extra pressure to alleviate stress from others.

She said: “Despite more than half of managers wanting to take time off work due to burnout brought on by the pressures of the pandemic, only a fifth have done so (21%), with others revealing they couldn’t due to their workload being too high (36%).”

She added: “With Coronavirus placing such a serious strain on the nation’s workforce, UK businesses are now facing a mental wellbeing crisis as individuals suffer in silence. What we are seeing is that there is a burnout epidemic across the nation’s managers, but too often these individuals feel too helpless, worried and embarrassed to open up and seek support for their mental wellbeing concerns.”

According to the research, a third of managers reported that work had caused them increased anxiety in the past year (33%), while four in 10 said it had caused mood swings (27%).

In addition to this, 26% revealed their diet has got worse; 18% said they had consumed more alcohol and 10% said their relationship with their partner had deteriorated.

But even with restrictions due to be lifted soon, the research found this was also becoming a source of additional anxiety.

The data found one in six managers (17%) said they were worried about being encouraged to work from an office before they were ready to, while 16% believed easing restrictions would heap on even more pressure at work.

Thompson said: “An open, two-way conversation must now take place to ensure employees are able to disclose and address any mental wellbeing concerns without fear.”

How to maintain worker motivation without causing burnout