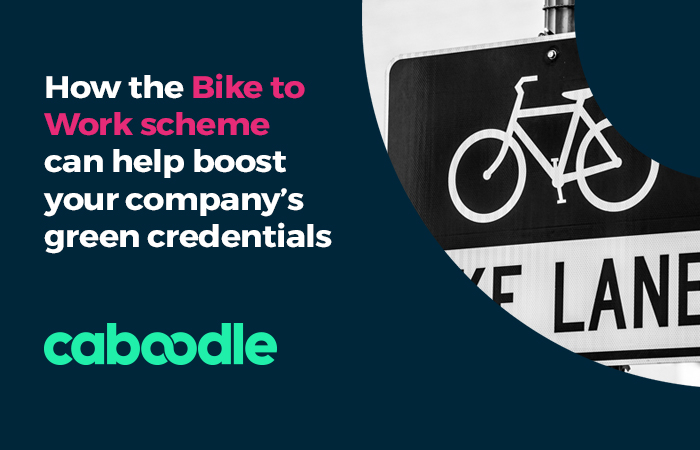 Staff commuting into the workplace is a big part of overall carbon emissions output for many companies.

Since the pandemic hit, over 40% of us were required to work remotely and carbon emissions from the work commute were reduced.

With the UK Government roadmap out of Covid now set out, businesses can plan for a return to the workplace potentially by the summer.

This means even for those who are planning a partial return to the workplace, carbon emissions from the work commute are likely to return as staff drive into the workplace.

Since the pandemic, there’s been an increased onus on reducing emissions. It’s estimated that in the UK, business activities account for half of all emissions.

Companies have a real responsibility to reduce their carbon output as much as possible and companies who achieve this stand to improve their reputation massively.

When it comes to returning to the workplace, many businesses will look to keep emissions from employees commuting to work as low as possible.

This is where the Bike to Work scheme comes in.

The increased popularity of cycling in the UK

From when the UK went into lockdown in March 2020, cycling has increased dramatically in popularity.

Whether it’s keen cyclists making use of the open roads more often or families utilising it as a safe way to get together and exercise, cycling took off.

Many dug out their old bikes from the back of the shed and fixed them up and hit the road, prompting the Government to provide financial support to help.

During the first UK lockdown of 2020, the Secretary for Transport Grant Shapps announced that cycling in the UK has increased by as much as 200% on weekends and 100% on weekdays.

With this in mind, the popularity of the Bike to Work scheme has also increased and cycling has been made a more viable and popular option when it comes to traveling and commuting.

Governments all around the world are under pressure to reduce the carbon emissions output of their respective countries.

Naturally, following such an increase in popularity for cycling, the UK Government introduced funding and measures to capitalise and help support the reduction of carbon emissions.

In May 2020, the UK Government announced a £2 billion investment in greener and more active transport.

Local councils were given the resources to introduce more cycle lanes and improve cycling infrastructure. Low-traffic neighborhoods were introduced and as mentioned, support was provided to ensure people were riding safe and well-maintained bikes.

To hit its carbon emissions targets, the UK Government looks set to support and encourage cycling and other greener modes of transport for the foreseeable future.

With more Government support for cycling, the Bike to Work scheme becomes a more attractive proposition for employees, helping to reduce emissions from your staff commuting.

Important changes to the Bike to Work scheme

Pre-pandemic, there was a £1,000 limit on the Bike to Work scheme which prevented the scheme from being used to purchase many of the high-end bikes available today.

This proved a stumbling block for many using the scheme as e-bikes began to take off. Typically, the more expensive bikes make cycling easier, safer, and more reliable too.

The UK Government recognised this and removed the £1,000 limit, meaning staff was no longer restricted in what bike they could get through the scheme.

With the removal of this limit, the scheme is opened up to more staff as e-bikes help support cyclists no matter what their experience level and no matter how hilly or long their commute may be.

This is a key change to the scheme which affects how viable an option it is for staff to switch their commute to the more environmentally friendly options of cycling to work.

Changes in attitudes to reducing emissions

The pandemic has shined a spotlight on many things. Our health and wellbeing and our finances being two of the main things.

Another area of our lives it has shined a light on is our carbon emissions output and protecting the environment.

We’ve been forced to commute and travel less, and it’s made many think about how they can better protect the environment.

The increased onus on protecting the environment as well as the increase in popularity of cycling makes cycling, and in particular cycling to work, a more viable option for many.

The future of cycling, the Bike to Work scheme, and the green credentials of companies

Cycling certainly represents a huge opportunity in the UK and for businesses looking to boost their green credentials.

Attitudes towards cycling have really begun to shift. However, there is still some way to go and the Bike to Work scheme can really support this.

Whether it’s to work or to the shops, the Bike to Work scheme can even support in bringing the number of these journeys made by car down. These journeys represent a real opportunity for people to reduce their carbon emissions output.

The Bike to Work scheme can not only support the green credentials of businesses but also their employees outside of the work commute.

The scheme has become one of the most popular employee benefits in recent years and it’s easy to see why.

Why a broad health and wellbeing benefits provision is so important

The role of the travel season ticket loan under hybrid working