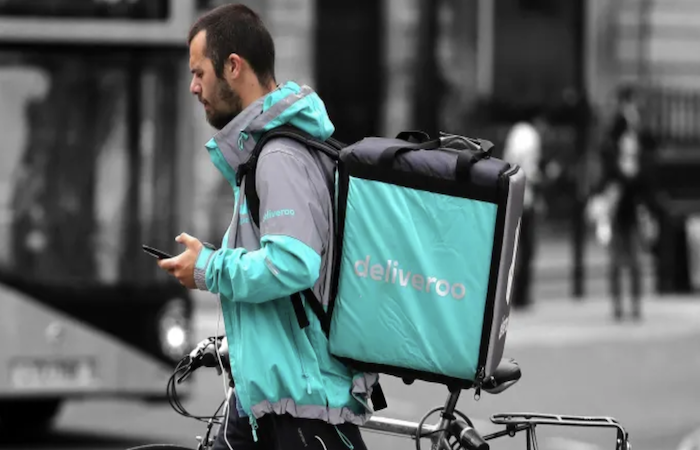 A joint investigation by The Bureau of Investigative Journalism, The Mirror newspaper and ITV has revealed large numbers of Deliveroo riders are paid below the national minimum wage (NMW).

Analysis by the Bureau of more than 300 riders’ invoices found that a third earned less than the NMW of £8.72 for those over the age of 25. In one case, it discovered a rider who worked 180 hours received the equivalent of £2 per hour.

In a statement, Deliveroo responded by saying that “misleading claims from a fringe organisation who claim to have spoken to 0.6% of Deliveroo riders should not be taken seriously”.

It added that on average, riders in its busiest areas earn £13 per hour, and that most receive more than £10 per hour.

But according to IWGB general secretary Henry Chango-Lopez, “Deliveroo is giving Britain a bad name”.

He said: “If the government continues to hail it as a British tech success, that sets a dangerous precedent for the future of work in Britain.”

The findings will come as an embarrassment to Deliveroo, as it currently prepares to float on the stock exchange.

Already Aviva has announced it will not invest its funds into Deliveroo when it floats, and Legal and General has revealed it is unlikely to invest in it either.

Tom Powdrill, head of stewardship at the Police Investigations and Review Commissioner (PIRC), said: “Investors considering taking a position in Deliveroo should familiarise themselves with these matters and the risks and responsibilities involved along with all other relevant factors. Challenges to the current employment model are financially material.”

Deliveroo drivers are only paid for each delivery they complete, and are technically still classed as independent contractors, despite a recent Supreme Court judgement agreeing gig-economy Uber drivers should be given ‘worker’ rights (such as holiday and sick leave).

The food delivery company’s spokesperson commented: “Deliveroo riders have the complete freedom to choose when and where to work and can choose which deliveries to accept and which to reject. 50,000 riders choose to work with Deliveroo, and thousands more people apply to work with us every week.”

Sign up for the leading independent source of news and expert analysis delivered straight to your inbox. Sign up
Latest ArticlesComments
Case studies Benefits for carers

Sarah Jackson: 20 years after introducing paternity leave, why we need to do more for fathers

How can employers compensate for the government’s lack of support for working carers?