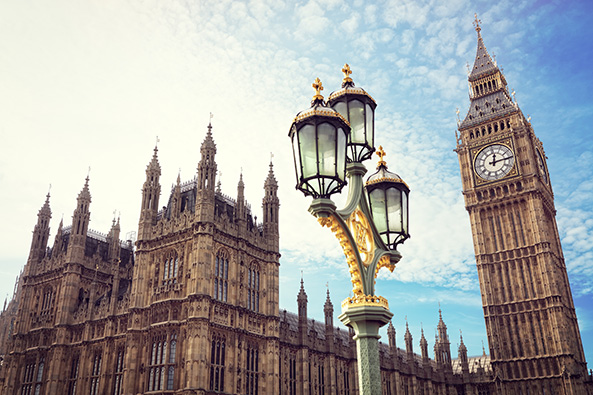 by Adam Mason, consulting director
For those fellow early-morning dog walkers out there, you will have no doubt noticed the lighter mornings that signal Spring is on the horizon, and with that the need to banish the torch at least for what we hope is until autumn. Furthermore, many of you will also have been looking forward to the chancellors ‘Spring Statement’. On 8 March, Philip Hammond took to the stage armed with his red briefcase, however, in the main for companies there was some respite in that there were no significant surprises. Perhaps deservingly so, given the Autumn Statement and the salary sacrifice proposals, the outcome of which remains somewhat uncertain in some areas despite the 6 April 2017 fast approaching.

At the outset, the chancellor stated that the UK is the second-fastest growing economy in the G7 in 2016, coupled with more good news of the expectation that a further 650,000 people are expected to be in employment by 2021. In fact, the growth forecast for 2017 upgraded from 1.4% to 2% but with forecasts downgraded for the coming years in the face of some uncertainty.

Self-employed NIC increase
Elsewhere, aside from the front page-grabbing announcement that a tax would be introduced on roaming mobile phone call charges (already being dubbed the “stealth roaming tax”), the budget included a tax rise for the self-employed. Those who are self-employed will see their national insurance contributions increase from 9% up to 11% in April 2019, therefore moving the rates closer to the current level for employees. The chancellor in his statement believed this brought fairness between the self-employed and employees.

Returnships
There was also the announcement of a £5million fund to be established to support those returning to work after a career break. A recent PwC study highlighted that three in five professional women return to a lower-skilled or lower-paid role following a career break, and this move appears address those 427,000 returning to work. The report released by PwC highlighted the potential productivity that could be being lost, at a time when there is an emphasis on increasing the UK’s competitiveness by focusing on productivity.

Childcare
Tax-free childcare was also confirmed as being introduced for all eligible parents by the end of 2017. This had been previously announced but the date of introduction had continued to be delayed. In short, this is a way to earn a 20% top-up on any contributions you make up to a value of £2,000 for each child up to the age of 12. This increases up to a value of £4,000 for families with disabled children up to the age of 17. To qualify, parents will need to work 16 or more hours per week and earn at least £115. It will, though, not apply to those earning more than £100,000. By the end of this parliament, the chancellor confirmed this will increase total spending by the government in this area to £6billion per year.

Personal savings
For savers, a new government-backed savings product was promised in November's Autumn Statement – but we did not have date or a proposed rate. Further clarity was given in that the Investment Guaranteed Growth Bonds will be offered by National Savings and Investments from April, paying interest of 2.2%. The bond will be open to those aged 16 and over, subject to a minimum investment limit of £100, and a maximum investment limit of £3,000. To benefit from this rate, which the chancellor has described as market leading, savers must lock in their money for three years.

Lifetime ISA
Despite the above being the main announcement for savers, we had already been made aware of the launch of a new Lifetime Individual Savings Account (LISA). This will be available for those aged between 18 and 40. They can save up to £4,000 a year, and the government will add a 25% bonus if the money is used to buy a first home, or as a pension from the age of 60. At present, there are only a limited number of providers who have presented a proposition to the market, largely because of some concerns around the compliance requirements that are yet to be fully cast in stone. However, both LISAs and these bonds will be of interest to employers too, given the increased focus and demand from employees for financial education.

The amount you can earn before paying income tax, being the tax-free personal allowance, is currently at £11,000 and will go up to £11,500, increasing to £12,500 by 2020. The government has promised this will rise to £12,500 by 2020-21. The threshold for higher rate will go up from £43,000 to £45,000, except in Scotland (owing to devolved powers) where it will remain £43,000. Companies should be mindful of this subtle difference, ensuring their payroll software is able to identify those employees eligible for the Scottish rates and this is then correctly calculated.

As we fully digest the detail of the budget and read the full Finance Act, of particular interest will be whether any further clarification exists in respect of life assurance and income protection in particular following the salary sacrifice consultation. I don’t think any of us expected lots of detail in this very public announcement but while employers make plans based upon what is known, the uncertainty is less than helpful for reward teams across the UK.

Back to the office: Four ways Recognition can help ease the transition