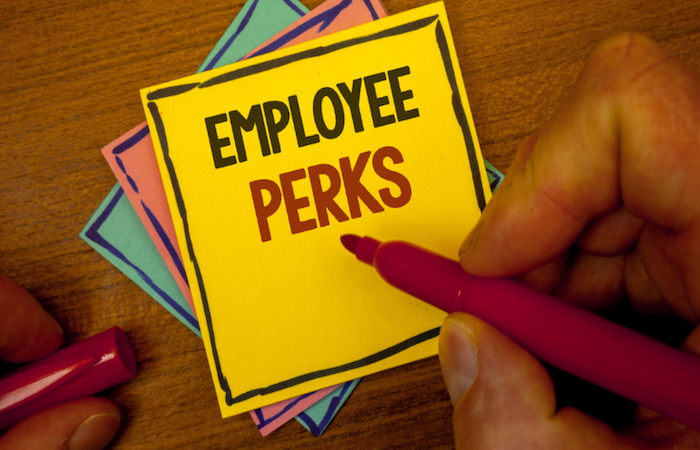 New research by outsourced receptionist firm Moneypenny has revealed the most sought after perks among jobseekers, including which they consider to be mandatory and non-mandatory, and what importance they attach to them.

The survey of 1,000 job hunters found that leading the league table for those benefits deemed mandatory came sick pay, cited by 52% of staff, followed by pensions (51%) and flexible working (48%).

Surprisingly though, free eye tests were among the next sought after perks, identified as mandatory by 38% of employees, beating the ability to work from home (37%) and maternity, paternity and adoption leave (36%).

For those regarded as non-mandatory benefits, the top-ranked one was pensions (42%), just pipping sick pay by 1%. Flexible working hours came next, followed by the ability to work from home. Interestingly, on-site parking was the next most important non-mandatory perk (23%), ahead of other benefits such as death-in-service insurance payouts, ongoing training and development, and bonuses.

The research also looked a generational differences and found 25% of Generation Z (those aged 18-24) preferred to have weekly drinks and beers on Fridays, and to travel for work, compared to just 2% of the Boomer generation (65+ years). In addition, Gen Z employees were revealed as preferring to have a pension (60%), sick pay (48%) and flexible working hours (38%).

Commenting on the Moneypenny survey and analysis, Ceri Henfrey, chief operating officer at Moneypenny, said: “This survey demonstrates the need for a wide range of benefits and flexibility built into employment contracts and that there is no one size to fit all. The ability to change and adapt is important to ensure that businesses can recruit and retain the best talent and it appears increasingly the case that ‘non traditional’ perks are playing a larger part in the mix and this is a trend that is unlikely to go away and particularly as new generations will be looking for different benefits as they come into the workplace.”

Marketing industry spends the most on staff perks