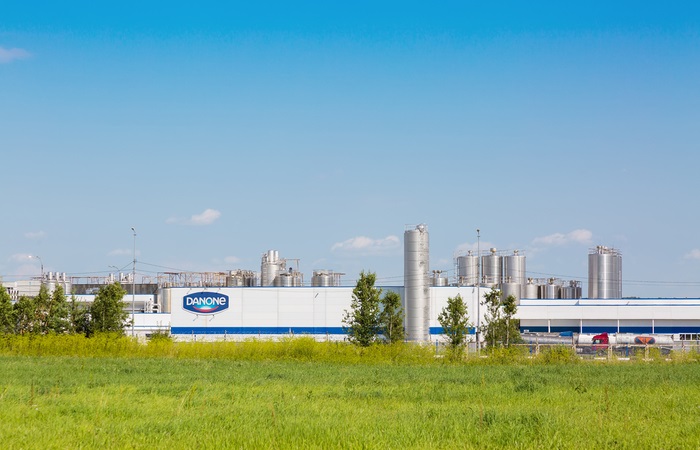 Realita insisted that diversity and inclusion (D&I) should be thought of as three key elements – diversity, inclusion and belonging – and that none of them should be separated.

Explaining that D&I must not solely be an HR initiative, Realita also believes that it should be employee-driven and allowed to be defined against different countries’ own individual priorities on a global level.

She said: “At Danone we say diversity isn’t an HR topic, it’s a business topic. D&I is not something that can be done as a standalone initiative. It has to be embedded as part of our business strategy and goals.”

To ensure this, Realita described how the company takes both a top-down but also bottom-up approach, with staff able to drive what they want changing in different regions.

“At the top our CEO is part of an OECD working group, where best practice is shared with the CEOs from 40 other large corporations,” she explained. “We are also part of international programmes like UN Women and we are ranked on the Bloomberg Gender Equality Index.”

But she said employees themselves also play a huge part – by forming their own groups, and taking ownership of their own programmes. “We have more than 300 ID [inclusive and diversity] champions,” she said. “They identify the things that they see as important through their own lenses.”

In one example, she revealed how champions at a factory in Mexico noticed lower-than-desired levels of female representation. It then set a target to increase this by 5% over three years, which it succeeded in doing.

Realita also showcased how diversity is also demonstrated at the brand level, with its water brand Bonafont. It created a video replicating a famous psychology experiment, whereby girls and their parents react with horror when they are told they can’t do certain careers.

The video aimed to show that actually, girls can – and should – strive to do anything they want. One viewer commented: “Wow, really powerful.”

According to Realita, these, plus many other embedded D&I initiatives, have really made a huge difference. She revealed Danone had met its ambition to have 30% of its executives come from under-presented nationalities. She also explained that the company is 90% complete in rolling out gender-neutral parental leave.

She said: “We all have to recognise just what a difference our employees can really play on the ground.”

She added: “If you make D&I too top-down people won’t relate to it, and they won’t ‘own’ it in their regions.

The full agenda for the week-long Employee Benefits Insights Series can be found here. All sessions will be made available on-demand once the series has finished for those who cannot attend the real-time slots.

Participants can register right up until the event starts and can attend as many sessions as they desire.

How can employers align their reward strategy and diversity and inclusion policies?

EXCLUSIVE: Barclays addresses diversity and inclusion through leadership and engagement