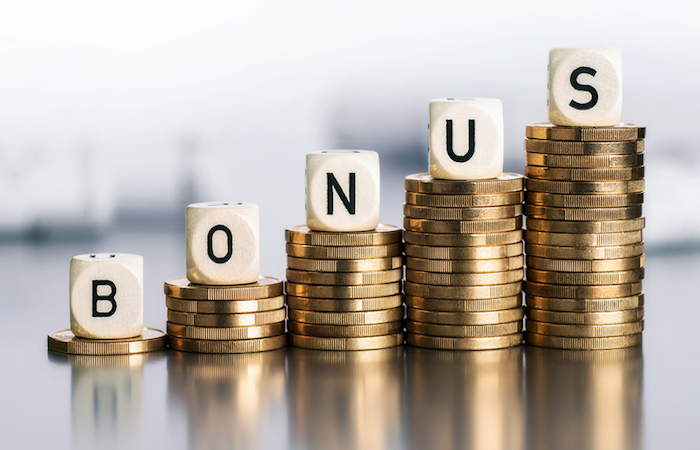 Chief executives received an average bonus of £172,897 in the year to October 2021, data has shown, while entry level employees and routine task providers were awarded just £642 and £643 respectively.

Research from Cendex, the rewards analytics arm of HR resource provider XpertHR, found that 25% of chief executives were awarded a bonus during that 12 months, compared with only 10% of routine task providers.

In the chemicals; utilities; food and drink; and transport industries, the proportion of employees with bonuses increased significantly, although the value remained largely unchanged. Conversely, there was a reduction in the number of employees receiving pay outs in the hotels; catering; and leisure sectors.

Workers in inner London received by far the highest average bonus at £8,236, while those in Northern Ireland saw an average of just £3,266. Employees in Scotland and Wales had significantly lower average bonuses of approximately £1,500.

XpertHR pay and benefits editor Sheila Attwood explained that being paid at the right level is important and added that it is crucial that businesses get this right to achieve a balance between making an employee feel valued and remaining competitive in the market.

“It’s critical that businesses remain competitive to get the right talent leading their organisation, and the salary and bonus awarded plays a huge role,” she said. “But for the remaining staff, hearing about the big end-of-year bonus [for executives] can cause tension.

“Businesses should leverage data and build effective and fair reward strategies that enable them to recruit and retain talent across all levels.”

THE BENEFITS OF TEAM BUILDING ACTIVITIES

Poll: 91% of employers aiming to bring in new wellbeing benefits