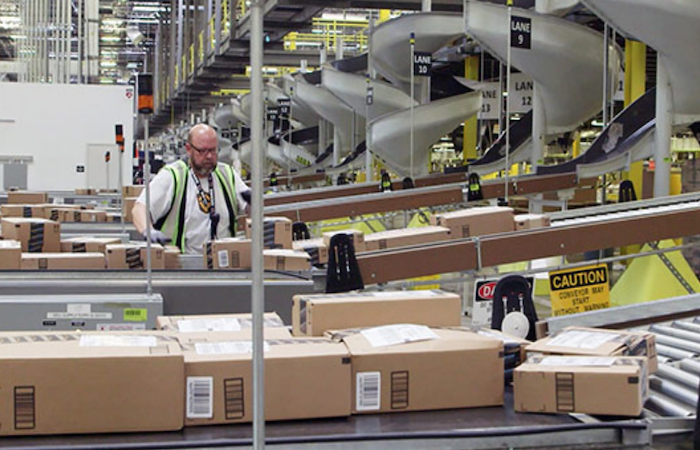 Amazon is accused of cancelling workers shifts at the last minute and leaving agency workers with no guarantee of pay for 20 hours’ work per week – both of which breach the organisation’s own employment policies.

The practice has been called out by The Bureau of Investigative Journalism, which has claimed that by cancelling shifts and leaving them struggling to pay bills. employees are being treated “like disposable labour”.

It claimed that workers said they received far fewer shifts than indicated in the advertisements, and as such, they were left with too few hours to make the job viable. One described trying to get the wages she was owed as “a nightmare”. All of the job advertisements were posted through Adecco and PMP Recruitment.

Commenting on the findings of the investigation Angela Rayner, deputy leader, The Labour Party, said: “The government must not allow companies to outsource their moral responsibility to treat their staff with decency and respect. It should be a bare minimum for firms to pay staff a fair wage and uphold workers’ rights.

“The allegations of workers not being paid for the hours they work or being otherwise under-paid are extremely serious. The government must get to the bottom of these allegations and investigate whether Amazon has been short-changing its staff.”

Amazon has been one of the few businesses to have grown during the Covid-19 (Coronavirus) pandemic.

Amazon’s UK sales jumped by half to £19.4 billion last year, and the company occupied a third of all UK warehouse space during the summer. It took on more than 20,000 seasonal workers in the UK last year.

Responding to the investigation, an Amazon spokesperson said: “Our agency terms are explicit that Amazon does not engage individuals on zero-hour contracts.”

But the Bureau claimed “thousands of Amazon warehouse jobs advertised through Adecco are exactly that, while those employed via PMP Recruitment are on “minimum-hours contracts”, which despite the name do not guarantee weekly or monthly hours. PMP has denied this.

Amazon extends Covid-19 pay benefits for 250,000 US and Canada employees