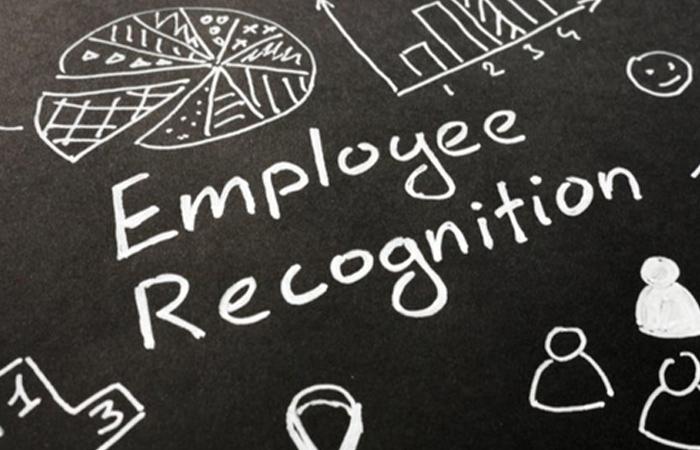 In one of the more memorable episodes of the TV series Mad Men, the hardworking copywriter Peggy is close to tears. She tells her boss Don Draper that he doesn’t appreciate her efforts. “You never say thank you,” she says.

“That’s what the money is for,” he replies.

The scene reveals that it’s not just the smoking and the sexism that makes Mad Men so old-fashioned.

Thankfully, many of today’s employers (though not all) reject Draper’s ‘cash can fix anything’ philosophy. Some know instinctively the limits of the cash reward. Others have followed the science pioneered by thinkers such as Professor Dan Ariely.

Ariely is one of the world’s pre-eminent behavioural economists and the author of Payoff: The Hidden Logic That Shapes Our Motivations. In his book, he describes how he ran a reward and recognition experiment at an Intel factory in Israel.

He divided chip assembly workers into four groups. One was promised praise from the boss, another would receive a bonus of about £20 and a third group were told to expect a voucher for free pizza. The final group got no message and no promise of a reward.

Here’s how much productivity went up by in a day:

But the more interesting results came after a week. By that point, understandably, productivity among the pizza and compliments cohorts had fallen back to (slightly above) control group levels.

In stark terms, giving out money was worse than offering no incentive at all.

Ariely believes in some cases a cash bonus is essentially a bribe. It has no lasting impact on a person’s intrinsic motivation to do a good job. He explains: “What it says is: ‘you already know the right thing to do, but you’re not interested’.”

If the Intel experiment proves the limitation of cash rewards, it leaves other critical questions open. For example, what’s better? Pizza or praise? And who gets which?

This is important because most employers have a diverse workforce – not only in terms of gender and ethnicity, but also age.

In fact, studies have shown that age diversity in the workplace has never been greater than it is now. According to Sage, today’s business and HR leaders are the first in history to face the challenge of managing people from five distinct generations.

Obviously, these groups are at different stages of their lives.  They will be looking for rewards that suit their individual circumstances.

Some of the differences are fairly obvious.

For example, the young digitally savvy worker who uses a computer all day might welcome an e-voucher more than, say, a driver. An employee with children might appreciate a family day pass to the zoo more than a recent graduate. Older employees with more growing personal responsibilities might be a better target for leisure and high street discounts, as well as legal and financial support.

Earnings make a difference too. Some rewards will be wildly inappropriate when salary is factored in. For example, a banker on a seven-figure salary might prefer a thank you note and a handpicked bottle of wine to a £25 gift voucher.

However, the nature of rewards doesn’t just reflect the financial circumstances of individual employees. Sometimes there’s an ‘attitudinal’ component.

It’s a generalisation, but older people are more likely to see work as a means to an end, while younger colleagues might expect employers to help them keep up external interests and stay healthy. As such, millennials might welcome subsidised gym memberships, on-site yoga classes or wellbeing seminars. Those with an environmental mindset might prefer an experience to a physical product.

Then there are multicultural considerations. Today’s employers are encouraged to create a work environment that is inclusive for all, regardless of ethnicity or country of origin. That extends, of course, to employee benefit schemes.

So, for example, travel-related perks won’t work for colleagues with restrictive visas. Alcohol-fueled away days might exclude those with certain religious beliefs.

A sophisticated reward and recognition scheme should be flexible enough to cater for everyone.

So what should a good employer do? Well, first make sure your rewards scheme is easily accessible to all. At Xexec, we have found that some businesses assume that once a scheme is live, employees will just naturally engage. This is not always true. In fact, the level of engagement depends on factors such as:

Employers should also weigh up the value of short term versus long term rewards.

Offering an experience works well on many levels. A weekend away is memorable and emotionally satisfying. It generates anticipation and memories, and the recipient will share her excitement with co-workers, which boosts morale.

A long-term reward, such as paying for a worker to study for a new qualification, lacks the immediate impact of a gift/experience. But it is a show of faith that deepens an employee’s sense of loyalty – especially among those at the start of their working lives.

Another factor to bear in mind is the delivery method of the reward. This can be just as significant as the reward itself. Some people simply won’t redeem if the process is too complicated. Evidence of this came in a study by COLLOQUY. It revealed that 42 per cent of millennials continued to participate in a program with a mobile payment option, compared to just 15 per cent of baby boomers.

Employers should apply the same critical thinking to the way they present their reward and recognition schemes. If all the promotion is done online, for example, some staffers might miss out. For this reason, you should consider publicising your programs using posters, handbooks, SMS messages and internal presentations too.

For all the differences between employees – old and young, single and married, digital and ‘analogue’ – it’s also important to remember what unites them.

According to Harvard Business School assistant professor Ashley V. Whillans, all workers have the same psychological needs: they long for autonomy; they want to appear competent; and they want to feel a sense of belonging.

She says: “Cash matters in people’s lives, but it’s not all that matters. What really counts in the workplace is helping employees feel appreciated.”

And it’s worth experimenting. Sometimes the benefits of a particular reward are not immediately obvious. In the Intel experiment, Dan Ariely’s original suggestion was to deliver the pizza to the home of the employee. That way, they would not only get delicious pizza “but we would also make them heroes in the eyes of their families.”

How to raise your employee productivity