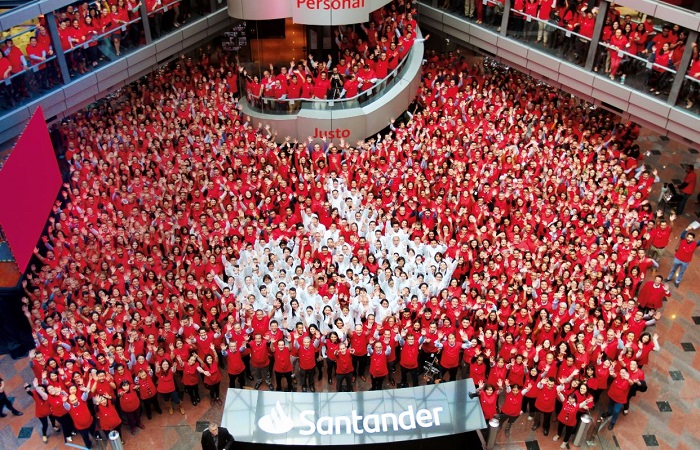 Santander UK started supporting its colleagues through the menopause in 2019. It began by raising awareness of the menopause and its implications among its 21,900-strong employee base.

The financial services company updated its communications with menopause key facts and sources of support and conducted a survey to better understand the needs of colleagues who are going through menopause, explains Theresa Winters, culture and employee value proposition lead at Santander UK.

Winters adds: “We also held menopause awareness sessions for colleagues and managers, with a clear message that menopause is a topic that impact any person of any gender or age. Also, half our managers are male. This awareness phase was crucial so that we created the right environment, in which people could talk openly about their experiences of menopause and seek help if they needed to.”

In 2020, Santander UK launched Peppy as an employee benefit. Employees can talk to menopause practitioners via the Peppy app, via chat or video call, as well as attending virtual events, participating in group chats and access articles by experts.

“For our people, this means no more falling down a Google search rabbit hole or waiting months for a GP appointment, and for our business, it means we’re offering meaningful support to our workforce, helping them perform to their best ability,” says Winters.

Santander initially piloted Peppy’s services to 130 colleagues. Winters explains: “In only four weeks, the results spoke for themselves: 75% of participants felt their menopause symptoms were less bothersome, and 90% of participants said they felt more positive about Santander as an employer.”

To date, more than 500 colleagues have signed up to use Peppy, with overwhelmingly positive feedback. Winters recalls: “One colleague said, ‘I appreciate Santander more now as they’re proving they take this seriously as it has a direct bottom line on business performance as well as employee wellbeing’, which is true. Menopause isn’t a ‘women’s issue’, it’s a workplace issue.”

Asked what other employers could do to support people through the menopause, Winters suggests: “I would encourage them to start by opening up a conversation around menopause in the workplace. Allocating menopause champions internally is a fantastic way to break down the stigma around the topic, and lead by example.”