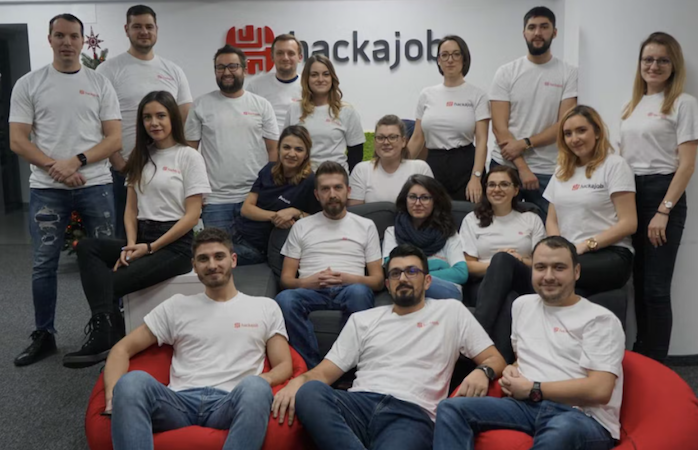 Technical talent marketplace Hackajob has 85 employees, with 45 in the UK and the remaining 40 in Iasi, Romania. The office there is on the border with Moldova, and around 100km from Ukraine.

When the war started, it became clear that many people in the Romanian office were involved in helping refugees, either taking them into their houses temporarily before they travelled on to other countries, or collecting essential items to transport to the border.

This revelation sparked a conversation about how the business could support those members of staff who wanted to help.

Mark Chaffey, chief executive officer (CEO) of Hackajob, says: “The first thing we did was set up a £10,000 fund which anybody could access, that could cover support with increased costs for housing refugees, or buying essential items.”

A portion of the money was used to help move 30 children from an orphanage in Ukraine to one in Iasi. It has also been available to staff in the UK, including some who are looking to take in refugees themselves.

The popularity of this fund has made it clear the importance of continuing to provide support in whatever way it can.

“The fund got used quite quickly, and we’re now thinking this is probably not going to be a short war,” says Chaffey. “We haven’t confirmed what we’re going to do yet with ongoing financial support, but there’s definitely an intention to do something.”

As well as direct funding to help refugees, the business has set about helping to match people from Ukraine with organisations that are looking for staff.

“We started making a list of [organisations] that could relocate people out of Ukraine and sponsor visas, and we’re distributing that far and wide,” Chaffey adds.

There are currently around 140 businesses on the list, and Hackajob has now progressed to trying to proactively place technical talent in specific roles with clients.

Chaffey explains: “We’re not charging employers or people, but we’re just using our knowledge of talent and recruitment to try and help.”

The firm has also offered staff who have been impacted by the war time off if they need it.

“A lot of our Romanian staff have family in Moldova, which is very close to Odessa,” he says. “Some people have moved family into Romania because Moldova is not a Nato country.”

What impact is the war in Ukraine having on benefits strategies?

Phil Crowe: How the war in Ukraine highlights the value of employee benefits

Laura Soley and Oliver Scutt: How to introduce a staff hardship fund