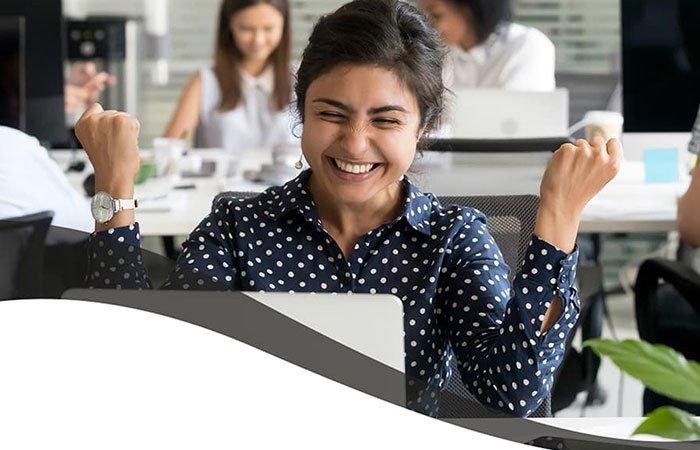 A digital discussion with Ema Urlic and Katrina Flunder, iPSL

In the current, almost stagnant climate of working remotely but still with some uncertainty, company culture could take a potential hit, and employee engagement could easily dwindle. But even against this backdrop, one organisation has found a way of keeping up morale, encouraging collaboration, and driving culture. iPSL is a leading financial services processing operation, with a myriad of employee roles and demographics to cater to. But they’ve found a way to keep connected and motivated; through online employee recognition.

In a recent interview, Ema Urlic, HRSC & Reward Manager, and Katrina Flunder, Learning and Engagement Partner, shared their experiences of Benefex’s OneHub | Recognition technology – which they call Hi5 – and how it’s helped them realize the power of ‘thank you.’

EU: We’d previously had a recognition tool, but in the main it was used predominantly by managers and only in cases where someone had really gone above and beyond. Plus, when we did an employee engagement survey last year, we had some negative feedback around how much our people were feeling valued and recognized for the work that they do, as well as difficulties around the process itself. So, we wanted a new solution to help peers say ‘thank you’ more generally to each other, but also so managers could acknowledge that extraordinary work.

KF: It was a huge part of a new project here at iPSL, where we completely revamped our values, and it was key for us that recognition and values went together rather than stood alone. We loved how OneHub | Recognition would solidify those values and embed them into people’s everyday behaviors.

EU: Setting them up was a collaborative process; we went out to our people and asked what was important to them. Our new values are driven by simplicity and collaboration, and this platform complements that perfectly. Our vision is to ensure that iPSL is a good place not just to work, but a good place to be; one of our values is simply Valued, which is about getting through tough times, but also having a bit of fun together.

KF: To us, embedding the values naturally was important – we wanted to make sure they weren’t just words, they were real behaviors that we could demonstrate day-to-day, and OneHub | Recognition doesn’t allow you to submit a recognition without tying it to a value, so the platform has helped to embed that natural alignment.

EU: Plus, we wanted to make sure our people could share social and personal thanks, so we introduced a ‘congratulations’ option alongside the company values, which is used acknowledge personal and social things like birthdays, as well as professional achievements like promotions. This has been huge as, historically, our operational groups around the business were quite siloed. Part of the implementation of Hi5 was to bring those groups closer together and appreciate each other more.

What’s changed for iPSL since Covid-19

KF: Well, as with many organisations, over half of us are working from home – many of us have done this in the past but clearly not in the volumes that we have now. But for a lot of our operational teams, working from home hasn’t been possible before, so we’re seeing that lock down has delivered different working experiences for different people. Hi5 has been wonderful as, while we’re ‘stuck at home’, we can still see those comments coming into the news-feed, showing that people are working together and supporting each other. We’ve also hosted fun activities like ‘bad hair day’ challenges and baking challenges, and showcasing this through the platform has helped employees

What advice would you give for building a business case for recognition?

EU: It’s about making sure you’ve got the right reason to introduce recognition, and defining what recognition means to you as a business. It’s difficult to put a monetary value on recognition – which we know everyone’s finance director would love to see – but we think the levels of interactions with the platform, and the fact that our employees are using it every day is good evidence of improved engagement. It drives a lot more conversations with managers as they can see the anecdotes there from colleagues to prove that employee’s engagement.

What successes have you seen with the platform?

KF: Engagement with Hi5 has increased by 33% since the UK officially went into lock down. It’s been great to have that quick and easy facility to say, ‘thank you’, particularly when people are taking on slightly different roles. Working from home permanently can be quite isolating, so it’s lovely to check into the platform at the end of the week and see the wealth of good news stories flying around the business.

EU: Plus, the number of recognitions given has increased by 50% in just two months. We had a record of 820 individuals recognized in May 2020. The ability to share these recognitions so publicly is hugely important to us; we think it’s essential that everyone has their moment of acknowledgment when they’re working hard. One team in particular have been through a lot of changes (not just because of the pandemic), and their manager has really embraced the platform. In actively encouraging her team to utilize the platform, it’s helped them reflect on what they’ve achieved, which is a huge help to them when getting through the toughest days. The platform really encourages good mental well-being in that sense, as it enables you to focus on a positive from that day.

How is recognition used throughout your business?

EU: We have made it peer-to-peer on purpose; everybody can recognize everybody. There’s no hierarchy as we don’t want to isolate anyone who feels like they need a manager’s permission to give a recognition. It’s essential to our business that people can receive that instant gratification to maximize the recognition’s impact. The OneHub platform was essential in this because it meant that everyone could log in, there and then, from their laptop or phone, and say an instant thank you. It’s so simple.

KF: Plus, as you can track recognitions between teams, you can gain insight into who’s working well together and who isn’t. We’re using it to see who our ‘top influencers’ are, and we have a ‘People Wall’ for those who are still physically at work, so there’s a visual aid and constant reminder of the platform. It’s bred a little bit of healthy, fun competition. We’ve also got recognition TVs up in various areas of the building which display the social news-feeds that enable you to see the images and gifs shared – we initially had two screens but as employees were enjoying seeing the feed, we’ve requested four more!

EU: Absolutely; you can add a reward to something that extra bit special. And that’s instant as well. Our HR director is very happy for us to spend our reward budget; if people have done a good job, then we should absolutely reward them. In our previous system, we were rewarding people every so often and spending maybe £50-£150 a time. Whereas now, more people are being rewarded with smaller amounts, but the engagement is so much better and the overall spend is about the same.

Have you had a range in the adoption experience?

EU: We have a lot of people who adopted it from Day One and are using it every day. But there is a variety. It was a bit of a slow burner at the beginning – our operational staff don’t have access to it from work computers because of the nature of what they do, so we’ve been encouraging them to use the mobile platform as much as possible, and adoption has shot up in the last two months since lock down. We’ve also done as much as we can to get the word out – from our newsletters to giant foam hands, we’ve done everything to spread the word!

EU: Exciting times are ahead! We’ve introduced new rewards for the different business areas to personalize that little bit more. But we also want to use the analytics more so we can, and see if there are key drivers between teams that we need to work on.

KF: We’re going to continue building engagement and continue driving people to the platform. We wanted people to feel more valued. We’ll be doing another survey, but I can’t believe that Valued will be an area for improvement this year!

To find out more about iPSL’s experience with OneHub | Recognition, you can listen in to the full interview with Ema, Katrina, and Benefex’s own Abbie Russell here.