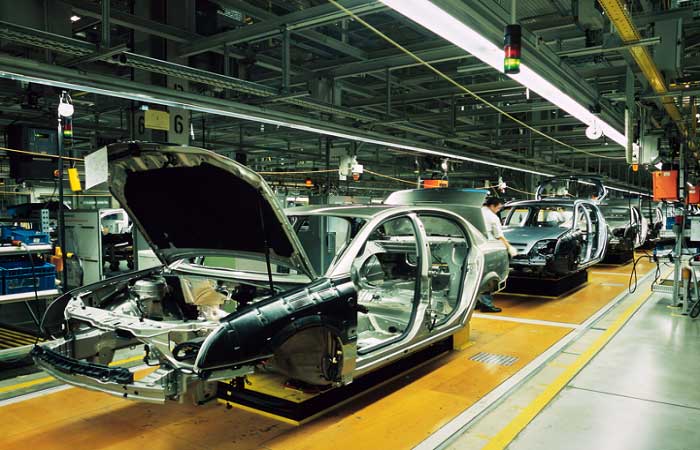 More than 300 contract workers employed by Lineside Logistics and based at the Ford plant in Dagenham, east London, have accepted a 5.1% pay rise.

Trade union Unite said the contractors, who assemble diesel engines at the site, had voted in favour of the one-year pay deal, which is backdated to 1 July this year.

The factory sits on London’s largest manufacturing site, which once built Model Y, Zephyr and Fiesta vehicles and now makes hi-tech Transit Custom diesel engines. A strike organised by female sewing machinists who made covers for car seats back in 1968 famously took place at the factory, after the workers learnt that their pay would be 15% less than that received by male colleagues.

Unite general secretary Sharon Graham said: “Given the particularly difficult circumstances in the automotive sector currently this significant pay deal demonstrates, yet again, that Unite continues to deliver for its members in challenging economic times.”

Unite regional officer Matt Smith added: “I would like to thank our hard working reps and members whose solidarity greatly contributed to this pay victory. This is reflected in the big spike in membership at Lineside, which will enable us to deliver so much more going forward.”

Lineside Logistics, which is headquartered in Hornchurch, Essex, has been contacted for comment.

The pay deal comes at a time where the entire car manufacturing sector has seen output hit by supply chain disruption, labour and chip shortages following the beginning of the Covid-19 (Coronavirus) pandemic back in March 2020.

Businesses around the world have reduced their headcount or implemented recruitment freezes during the lockdowns and social restrictions of the past two years. But recently the jobs market has boomed as economies have started to reopen and organisations have looked to grow, with latest Office of National Statistics figures suggesting there are now more than 1 million job vacancies in the UK.