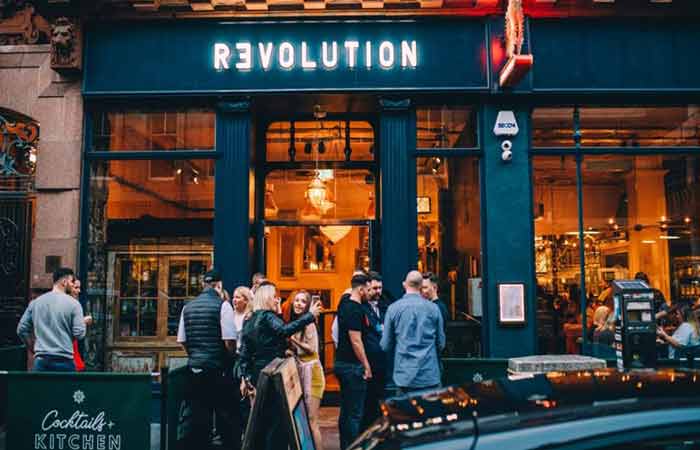 Revolution Bars Group has awarded its approximately 3,000 employees a pay rise that exceeds the national minimum wage as part of its ‘fair day’s pay for hard day’s work’ pledge.

The group, which is an operator of bars including Revolution, Revolución de Cuba, Playhouse, and Founders and Co, has invested £2 million in the increase, which comes into effect as of April. It has also set a minimum rate for some roles regardless of age, for example chefs in all roles will now earn a minimum of £9.80 per hour.

According to the group, the move is just one of many commitments it is making to competitively attract, reward and retain staff, and demonstrates the value and importance it places on the people at the heart of the business.

In addition, Danielle James has been internally promoted into the new role of pay and reward manager to oversee and safeguard employee compensation and benefits. She will be implementing a financial wellbeing strategy, alongside ongoing objectives to review and enhance the benefit offering for all workers.

Revolution Bars Group CEO Rob Pitcher said: “We are emphatically committed to recognising our highly talented teams. This announcement, alongside the recent internal promotion of Danielle James in a new dedicated role, is a display of the group’s ongoing intent and commitment to our people.”

James added: “This is a fantastic step on our ambitious journey. I am excited to be an integral part of rewarding our diverse teams fairly, competitively and relative to their hard work.”