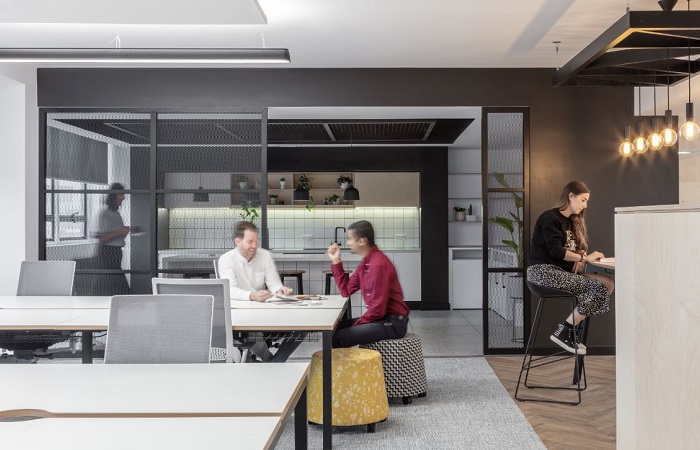 Construction sector consultancy Pick Everard had already put in place measures to help employees cope with the pressure of the last year, including setting up a wellbeing toolkit, increasing the number of mental health first aiders to 33, and introducing a ‘call a colleague’ scheme.

But when HR director Elizabeth Hardwick-Smith came across the Moodbeam One device at the start of the third national lockdown in January 2021, she realised it would be a good way of finding out how people were coping with the situation they all found themselves in. “We find that a lot of our male colleagues in particular don’t speak up soon enough, and often get to crisis point before they will reach out to anyone,” she says. “I thought this might be something a bit different.”

Pick Everard’s 560 employees are provided with the device, which can either be worn around their necks, on their wrist or attached to clothing, and can either press a yellow button to indicate they are happy or a blue one to say they are not. “We’ve asked them to press it twice a day at 11am and 3pm, so we had some consistency,” she says. “If they want to, they can then go into an app and use a journal to explain what was happening at that moment.” Individuals can see their own history and spot any patterns in terms of when they are not happy, she adds, such as particular days or times.

The data from the employee base can also be aggregated, allowing the HR team to identify trends in how people are feeling. “If we have people working on a particularly stressful project, we can see how their mood is varying and follow that up with a conversation,” Hardwick-Smith says. They can also get a net score from across the business, enabling them to keep track of overall morale and set targets for future improvement.

Using the device has made the employer aware of the diversity of concerns that staff experience with regards to mental health, explains Hardwick-Smith, and it has recognised that it needs to increase its offering and signpost staff to more specific help with family matters, finances, menopause, grief, cancer, season changes, for example.

Pick Everard is developing its wellbeing resources further and establishing internal online groups to promote a healthy exchange of ideas and support, and is also exploring the use of more technology for employee wellbeing.

The use of Moodbeam has been well received by those staff who have used it. “We got a much better response from this than we would have done had we just put out a survey,” says Hardwick-Smith.

43% of workers to delay retirement due to Covid-19