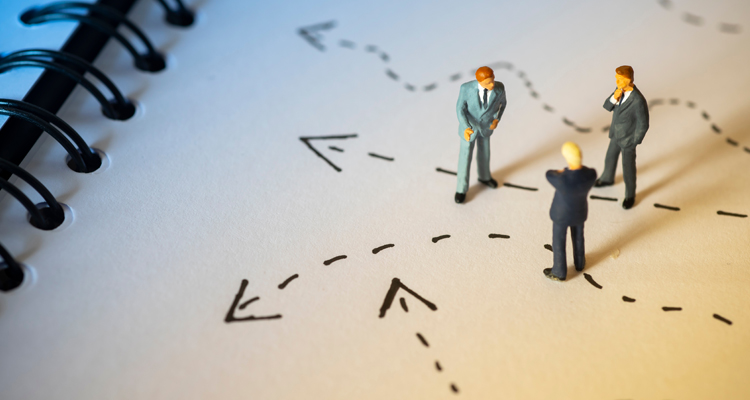 What defines a successful corporate culture? There are so many factors which come into play as well as different priorities for each individual business. The world we live in places a lot of emphasis on speed, instant gratification and getting the job done as fast as possible. The question which needs to be asked is how can organisations develop a cultural framework which houses not only the business need, but that too, of its employees and their emotional needs, including vital values such as trust, integrity and teamwork vs personal satisfaction.

High performing teams excel best in a culture where they feel a part of and a sense of belonging, an environment where there’s trust and transparency, and a place where they are heard and valued. This culture is man made – it takes time, effort and dedication to be inclusive and human-focused. This strong culture is what Damian Hughes terms the Commitment Culture (CC). It stands companies in good stead both when the times are strong as well as in the face of adversity and challenges. It takes authentic and courageous leadership to build an intertwined culture between the business and its employees.

According to research from Baron and Hannah at Stanford, they have broadly identified five different types of organisational cultures, one of which includes the commitment culture:

1. Star culture: This type of culture will recruit the most talented people in the industry and pay them the largest salaries to match their responsibilities. This is in the hope that their efforts will be bigger than the sum of their parts.

2. Autocratic culture: This type of culture is all about one dominant, powerful leader who dominates how things should run, how processes should look and how employees should behave.

3. Bureaucratic culture: This type of culture is often run by middle management and usually follows strict guidelines on how policies, procedures, regulations and rules should be.

4. Engineering culture: This culture recruits very technically minded employees who buy into the organisation’s challenging projects and the strong influences of colleagues.

5. Commitment culture: This culture focuses on the relationship, usually emotional, between the organisation and its employees and how they work as a team, ensuring there are shared goals, values and behaviours.

Hughes’ best seller book, The Barcelona Way, demystifies the culture building process by highlighting five culture pillars that unify and bring together cooperation and commitment. His book is centred around FC Barcelona, when they were one of the most successful football clubs in the world, winning 14 out of 19 trophies – a success which has never been matched in history. Lying at the heart of this winning success is how they deal(t) with people and how they focus on nurture, a common purpose and trust. Football is synonymous with the star culture, often paying top money for the best players and their talents, but FC Barcelona looked deeper to find what would drive the team over and above good players and sportsmanship. These five pillars can easily be remembered using the B.A.R.C.A acronym:

B – Big picture: Companies need to have a clear sense of what and why they are doing things as well as a clear definition of what success looks like for them. Behaviours are what defines a culture, and these behaviours should be aligned to the organisation’s values. Here actions do speak louder than words. Hughes advises that there shouldn’t be more than 3 workable values at any given time. FC Barcelona focused on humility, hard work and team first. Employees need to buy into the values and the culture, ultimately the big picture, as much as much as management do. These behaviours need to be achievable, long lasting and for the betterment of the greater team.

A – Arc of change: Change is inevitable, so anticipate and be ready for all eventualities. Companies need to remember that when they’re amidst the middle of change, it may look like a failure, where you’re too far to go back, yet not far enough to see the end, so they often quit. The commitment culture places emphasis on embracing failure and obstacles and having a plan to navigate them.

R – Repetition / recurring systems:  Employees like constant feedback and guidance on how to act and move forward. They appreciate real time evidence to stand out from the competition and how to best behave to drive forward and excel. Often when businesses are under pressure, it’s hard to identify what works and doesn’t in a holistic manner. Looking out for patterns of success and growth can propel your team forward, especially during hardships.

C – Cultural architects: We often live in a pack culture society where we follow what people do, not what they say. These culture architects are those who glue the culture together, they are involved and the values run through their DNA. They put the team above their own interests and are the gate keepers and protectors for your organisational culture.

A – Authentic leadership: This type of leadership in the commitment culture always puts the company first, demonstrates authenticity and acts with utter integrity. This leader needs energy to take the ideas to their completion. They need to be smart and intelligent. They need to role model the behaviours you want your team to uphold. It is ultimately these leaders who build and create the culture; the culture drives the right behaviours and ultimately these behaviours produces results.

The commitment culture and recognition:
So how does employee recognition work with the commitment culture? Very easily. Seeing that this type of culture focuses on the behaviours which are aligned to the business values, it is easy to identify and reward accordingly. Reward and recognition focuses on employees’ behaviours and intentions and how they see themselves as a part of the greater whole. Recognition showcases excellence, a job well done, those going above and beyond and those with high standing qualities. This fits perfectly within the commitment culture as teams function for the greater good, they have a shared vision and want the same successful outcome. Employees can identify and recognise exceptional behaviours and acknowledge this with either formal or informal recognition schemes. It can be as simple as mentioning this commitment within a team meeting, or rewarding them with something more formal through a dedicated recognition platform for the whole company to view.

If you’d like to find out how Xexec could help build your commitment culture, download our Recognition e-Book on building a successful strategy.

5 key considerations when implementing a global Reward and Recognition Scheme

5 ways to recognise your employees this festive season