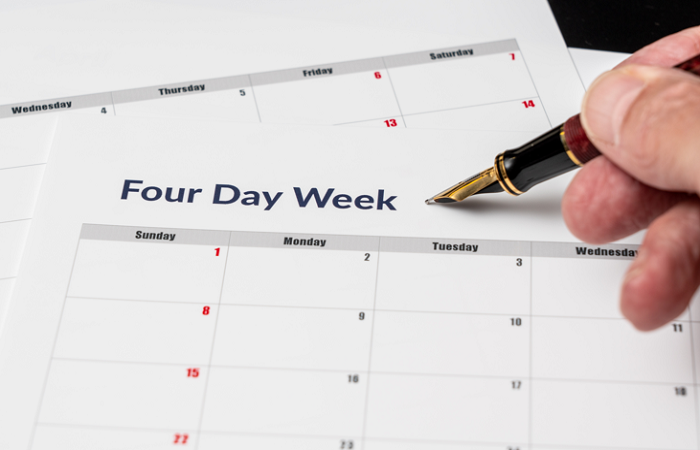 A six-month pilot programme of a reduced-hour work model has been launched in the UK by 4 Day Week Global in partnership with think tank Autonomy and the 4 Day Week UK Campaign.

Researchers at Cambridge University, Boston College and Oxford University also worked on introducing the model, which runs in parallel with trials in other countries this year, such as the USA, Ireland, Canada, Australia and New Zealand.

Organisers are aiming to sign up between 20 and 30 UK businesses for the trial with no loss in pay for employees. The 100:80:100 model will be used, which is 100% of the pay for 80% of the time, in exchange for a commitment to maintain at least 100% productivity.

The researchers will work with the participating organisations to measure the impact on productivity, staff wellbeing, the environment and gender equality. Access to a package of support will be offered through the pilot programme, including workshops delivered by international experts and pioneers, mentoring by UK business leaders, networking with other pilot businesses and access to academic research.

According to the Left Foot Forward report in October last year, 60% of the British public are in favour of introducing a four-day working week, and two-thirds of UK businesses operating on a reduced week reported improvements in staff productivity.

Joe O’Connor, pilot programme manager for 4 Day Week Global, commented that more and more businesses are moving to productivity-focused strategies to enable them to reduce worker hours without a loss in pay.

“We are excited to launch the pilot programme in the UK and by the growing momentum and interest in the four-day week more broadly. The four-day week challenges the current model of work and helps companies move away from simply measuring how long people are at work, to a sharper focus on the output being produced. 2022 will be the year that heralds in this bold new future for work,” he said.