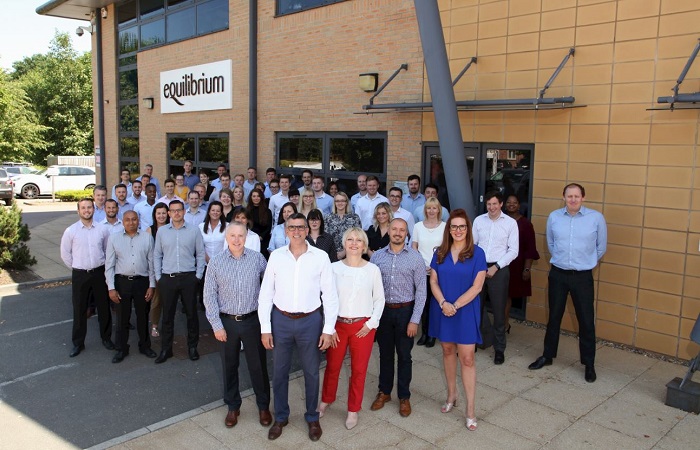 In a staff survey in April 2020, an overwhelming number of people who work for Equilibrium Financial Planning (92%) feel that the business is ‘nailing it’ when it comes to supporting and engaging them through the pandemic.

The wealth management firm’s managing partner, Gaynor Rigby, feels the organisation has succeeded because of its already strong focus on wellbeing and purpose. “Coming into this situation, we continued to do what we have always done,” she explains.

Equilibrium has helped its 90-strong team to adapt to working from home by translating some of its existing initiatives. It used to give people breakfast in the office, for example, so after working from home became the norm, people were sent a care package containing tea bags, tea cakes and vitamins.

The employer already offered private medical insurance and counselling; employees can still take advantage of these facilities via video call. Lunchtime meditation classes have also morphed into virtual ones.

Rigby used to produce weekly video updates; these have become a popular daily fixture. In them she gives business updates, for instance, reassuring people that their salaries are secure, and fills employees in on all the positive developments within the business. “We talked about stay safe, save the NHS, the peak and flattening the curve, not in any specific way but trying to disseminate what was going on in the media and giving a steer on how we were making decisions,” she adds.

Some people have found it harder than others to work from home. “I haven’t had to worry at all about anybody not doing what they are supposed to, we are probably in the other camp,” says Rigby. “People are so invested in doing a great job that we have had to rein them in and tell them to stop.

“Some team members, due to their circumstances, are going to find it more difficult to work full days and have to work odd and strange hours. We are doing this as a collective and everyone has bought into that. Nobody is hour counting. We are spreading the things people can’t get done across the teams.”

Next on Rigby’s to-do list is a plan for the safe transition of Equilibrium’s workforce back into the office. “We did a poll last week and people are worried about it,” she says. “We are not in a rush and are going to put things in place very gradually.”

How will the Covid-19 pandemic change the employer/employee relationship in the future?

Simon Richardson: How to define a benefits strategy for the ‘new normal‘