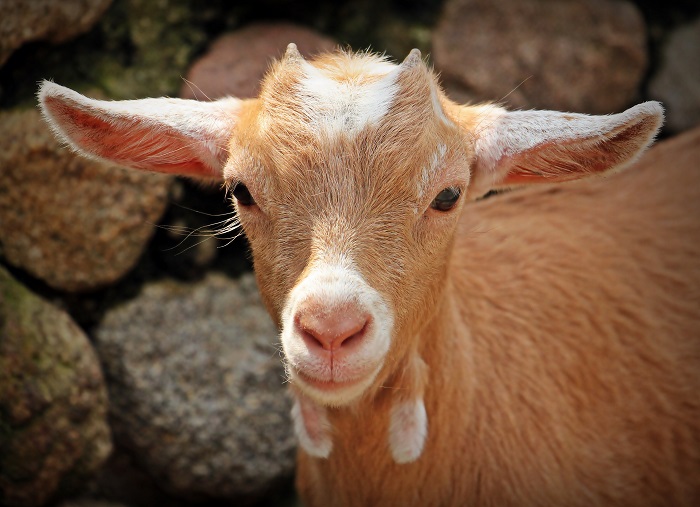 Something for the weekend: If you’re suffering from Zoom fatigue, Cronkshaw Fold Farm might just have the solution to keep spirits up during virtual communications.

You may be used to colleagues ‘butting in’ during video calls, but how would you feel if a goat popped up on your screen?

The Lancashire farm is offering up its goats for virtual cameos in a bid to increase employee engagement. The animals can be booked to join a five-minute call for £5 to boost morale and bring a little laughter to tiresome online meetings.

And there’s an array of personalities to choose from including Simone ‘a sassy teenage kid born in April’ Lisa, who is ’constantly hungry, angry and demanding’ and known for her ‘passive-aggressive bleating’, and Elizabeth who has ‘impeccable video call etiquette’.

The goats are by no means ‘baaaad’ with technology and are described as being quite ‘savvy in Zoom, Microsoft Teams, Webex, Blue Jeans, Skype, Google Hangouts, Jitsi, Go To Meeting and Ring Central’, on the farm’s website.

Dot McCarthy, who took over Cronkshaw Fold Farm from her mother in 2016, told FarmingUK the idea had started as a joke but it has since turned into a £50,000 revenue stream.

“We’ve had everyone from the European management team of Facebook, to NHS staff in need of a cheer up, to virtual church services – the vicars always seem to choose Mary the goat and I am pleased to say we have made over 50k so far,” she said.

Here at Employee Benefits, we’re glad to see a new kid on the block raising a smile and lifting spirits among employees in these difficult times.

PayPal launches virtual Christmas party for employees across the globe

Quincus strengthens its culture through virtual networks and support initiatives

How to plan a virtual team building event for remote employees

80% of staff have health and wellbeing worries