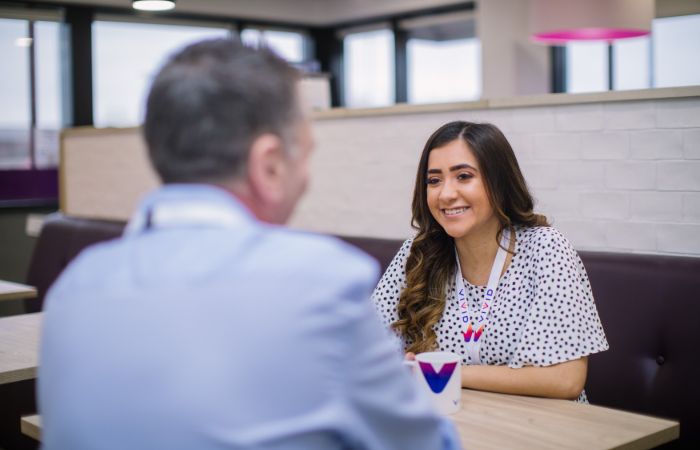 In 2017, two housing associations merged to form VIVID, now Hampshire’s leading provider of affordable homes and housing-related services. At the time, the changes that occur when two organisations come together – duplication of services, inconsistent processes, cultural misalignments – led to some uncertainty amongst its 850 staff and sparked a rise in mental health related issues.

As these became more apparent, VIVID saw sick days increase, with a particularly high percentage of people taking time off work due to some form of stress or mental health-related problem. At its peak, 40% of staff absences were attributed to mental health.

To encourage a shift in these patterns, VIVID set about reshaping its approach to its people, with the aim of reducing sickness across the company and the proportion of mental health within that.

Notably, identification and prevention of mental illness became a major focus for VIVID and the company worked alongside 87% to find out, in measurable terms, how staff were faring.

The improvements in overall wellbeing have been – and continue to be – significant; VIVID has been able to drive engagement, reduce absenteeism and improve productivity. When issues were at their highest, the company was losing staff to 355 mental health-related sick days per month across the business, or an average of about four days per full time equivalent (FTE) per year. From May 2019, this figure fell for nine months consistently to just over two days per FTE. There was a negligible rise as a result of the outbreak of the Coronavirus pandemic – in March 2020 – but the figure has subsequently dropped even further and is now sitting at below two days per FTE – 1.93 as of November 2020.

Duncan Short, Director of Resources at VIVID says, “The use of 87% has been a key contributor to reduced sick leave, reduced mental health absences, lower turnover and higher staff engagement. The platform has given us the tools to focus on the areas of greatest need for maximum benefit and support our colleagues in the right way, at the right time.”

And it’s not just staff that have benefitted; the knock-on effects of staff having a more positive outlook on their work feeds into a better experience for customers. “The wellbeing and bright futures of our customers – physical, mental and social – is at the heart of the business,” Short explains, “and the associated benefit of prioritising staff wellbeing, is that happy and engaged staff approach their work in a way that leads to a great customer experience.”

As Short concludes, “To put wellbeing at the heart of what we do for our customers, we will continue to ensure that it’s central to how we operate and support ourselves.”

More information on 87% can be found at: www.87percent.co.uk.

How To Help Staff With ‘Return To Work Anxiety’

How To Manage A Negative News Cycle

WHY BUSINESSES SHOULD SUPPORT COVID SUFFERERS RETURNING TO WORK

How Financial Worries Are Having A Negative Impact On Mental Health