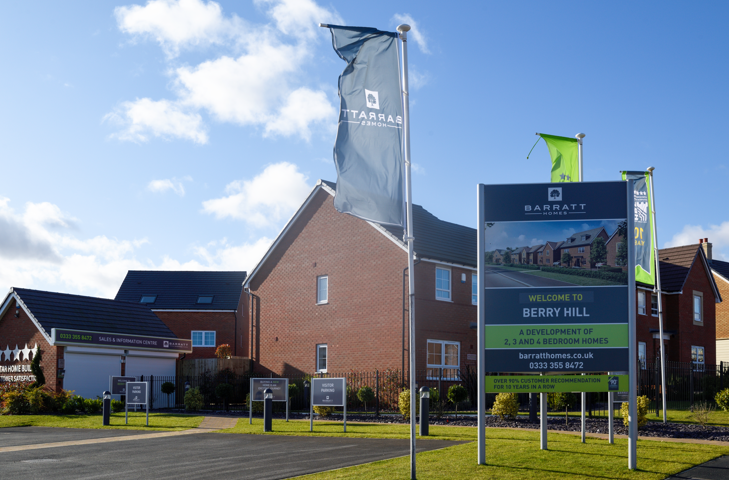 British housebuilder business Barratt Developments is a member of the FTSE 100 index and currently has around 6,700 employees.

In December 2018, former group HR director Rob Tansey met with investment charity ShareAction to become a voluntary real living wage employer. At the meeting, the ShareAction team agreed that the employer needed to exhibit that is is committed to achieving this by the end of 2022.

The real living wage is the only pay rate calculated according to the costs of living, meaning that those who commit to it will pay their employees a minimum hourly wage of at least £9.50 in the UK or £10.85 in London. Both rates are higher than the £8.91 per hour UK government minimum wage for people over the age of 23.

It provides a voluntary benchmark for employers that wish to ensure all staff who are directly employed and across the supply chain earn a wage they can live on, and not just the government minimum.

As of 9 January 2020, Barratt Developments became accredited as a living wage employer by the Living Wage Foundation. Katie Campion, regional HR business partner, says: “The living wage commitment means everyone working for Barratt Developments receives a minimum hourly wage that they can live on, not just the government minimum. This commitment applies not only to our direct employees but also to our suppliers and subcontractors. Both rates are significantly higher than the government minimum for people over the age of 25.”

One of Barratt’s key business aims is investing in its staff, which is why the decision was made to voluntarily pay the living wage to all of its employees, as well as its suppliers and subcontractors.

“The greatest challenge has been ensuring our subcontractor base is on board with our commitment to the living wage. However, through clear communication and careful engagement, they have all responded positively and proactively to our commitment to it,” Campion adds.

What are the challenges and benefits of introducing the living wage?

Graham Griffiths: The benefits of paying the living wage