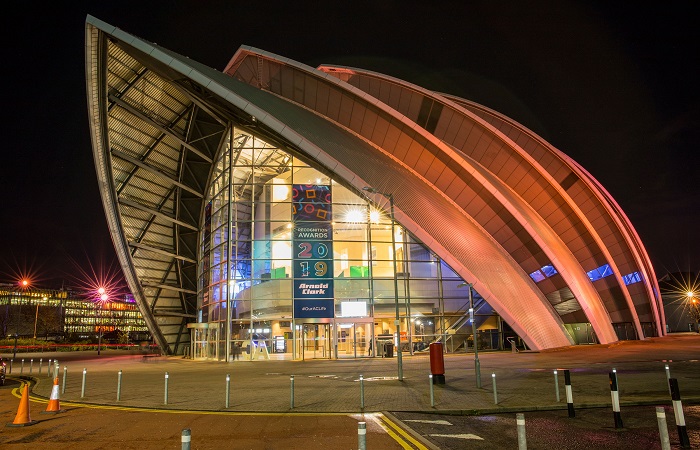 The event, which took place at the SEC Armadillo building in Glasgow, hosted more than 1,100 of the organisation’s employees. The awards ceremony was hosted by TV sports presenter Peter Martin, and introduced by Eddie Hawthorne, chief executive and group managing director at Arnold Clarke.

The community awards recognised those branches, among the 200 locations run by the organisation across Scotland and England, that have made a positive contribution to their local area, while the customer awards acknowledged branches for delivering an exceptional customer experience.

The community and customer awards were received by a mix of teams and individuals. Rewards included a plaque to hang in branch or at home, and the winners of community awards also received £1,000 to donate to the charity they supported.

The winners of the community and customer awards were decided by Hawthorne, who had been presented by a shortlist compiled by the organisation’s Think Customer and Charity and Sponsorship teams.

Winners of the community awards included the garage equipment branch, which donated time to help sort and organise clothes and provisions for the homeless with Simon Community Scotland, and individual Vanda Nicholls, who organised a blood drive at the organisation’s head office, alongside Scotblood.

To recognise long service, employees with a tenure of 25 years or more were also presented with awards during the evening. These employees were presented with a pin with their name engraved to wear each day at work, and a bottle of champagne in an engraved wooden box.

Six customer awards were given, alongside five community awards and 60 long service rewards. The event also acted as a graduation ceremony for apprentices completing their training.

The event was promoted to employees through Arnold Clark’s internal communications platform, Ace, in addition to email invitations and cascaded messages through individual managers. Employees were also able to ask any questions via a dedicated ‘recognition’ email address.

In his introduction, Hawthorne said: “On behalf of everyone at Arnold Clark, I’d like to congratulate [these employees] for [their] fantastic achievements in 2019. [They] put in the hard work, went the extra mile and showed real dedication every step of the way. I hope [they] continue their amazing efforts in the future.”