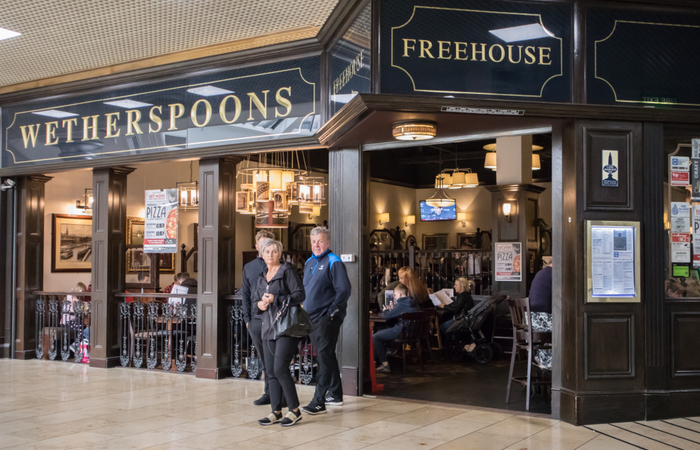 Britsh pub organisation Wetherspoons employees were notified on 23 March 2020 that pay will cease, resuming only when the business is reimbursed by government grants, a timeframe for which is not yet clear.

Tim Martin, chairman at Wetherspoons, sent a video message to all 40,000 employees, explaining that employees will be paid for the hours worked up until 22 March 2020, but that pay would not recommence until the business had received a grant via the recently announced government scheme to pay 80% of furloughed employees’ wages.

In the video, Martin urged staff to apply for retail roles in the interim, with a view to returning when the business reopens.

Ian Hodson president at Bakers, Food and Allied Workers Union (BFAWU) said: “Tim Martin’s actions are shocking. He is ignoring the advice of the government to stand by your workers and instead abandoning them in their time of need. They need to pay rent and buy food, and because of the low wages he’s always paid them, they will not have savings to depend upon. His selfish approach says unless the government puts money into his bank account today, he’ll let the workers who have made him rich suffer. It is completely unacceptable.

“This country will not forget the way in which employers have treated their staff during this crisis. Now is the time for all workers to come together and oppose greedy inaction by millionaire bosses.”

Eddie Gershon, spokesperson at Wetherspoons, said: “In those communications it [was] made clear that all employees would get paid this Friday for all work carried out until the pubs shut.

“After that, the company would utilise the government ‘furlough’ scheme, which pays 80% of wages, details of which are in the course of being finalised between licensed trade representatives and the government at the present time.

“As we understand it, tens of thousands of hospitality workers and others have already lost their jobs, but [Wetherspoons] is retaining all its employees, using the government scheme for the purpose for which it is intended.

“[Wetherspoons] believes that the actions it has taken are responsible and sensible in the difficult circumstances.”

Martin said: “Organisations like Costa, owned by Coca Cola, and McDonald’s, being owned by large multinationals, can afford to retain staff and commit to paying them, before details of the government furlough scheme are published. However, they are in a minority in the pub and restaurant trade.

“Most [businesses], including [Wetherspoons], do not have the resources, while pubs are shut, to make this commitment and need to see details of the scheme in order to retain and pay staff, as the government has sensibly requested, rather than instigating large-scale lay-offs.

“That may seem stark, but that’s the economic reality of the unprecedented situation in the UK today. Our aim is to ensure that all [Wetherspoons] staff are able to return to their roles once the pubs reopen. Meanwhile, as of today, all staff have been paid up to date.”

Amazon increases pay by $2 per hour during Coronavirus crisis