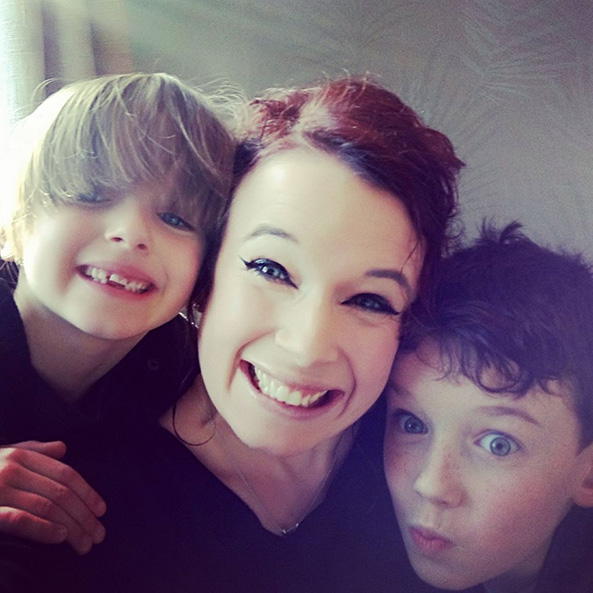 If we want to avoid the human race dying out, it is a requirement that we continuously repopulate. Each generation takes on the responsibility for bringing up and raising the generation that follows. In very simple terms: if our generation doesn’t have children, then there will be no generations to come, and mankind will eventually die out.

With this as the backdrop, I confess to being absolutely baffled as to why still, in the year 2017, there is a majority viewpoint that business and family life should be mutually exclusive.

A taboo subject
When I started in my first job at the age of 21, I assumed that everyone I worked alongside had either not had children, or had children who were grown up. Why? Well, the subject of children was simply never discussed. We talked about everything else. People would be open about their hobbies, their passions, their holidays, even their relationships. But children? They were never mentioned.

As my career has progressed since then, I have observed friends and family members experience the same. And worse. I have heard first-hand accounts of people being passed over for promotion, prevented from progressing… and even asked to leave their employment. Their crime? They were parents, with parental responsibility for their children. And, while this has in the main affected women – because women remain the primary caregivers, and will do, until, in my opinion, the decision is made to fund both maternity and paternity pay at full pay for a minimum of 12 months… but that’s another blog post for another day! I have also seen fathers similarly affected.

Now I have been lucky. Because I have two children – they’re now aged six and nine. And while I’ve observed the above, it’s been from a distance. The reason for that is that I’ve been lucky enough to work for two employers who, as I talked about in this blog post here, don’t force employees to separate their work and home lives.

Time to make a change
We need people to have children. It is a fundamental requirement if we want to avoid the human race dying out. And so, I have a plea to all organisations, chief executives, managing directors and senior stakeholders out there. Stop making the subject of children taboo within your businesses. Stop preventing people who have children from progressing and achieving their full career potential. It is possible to be a senior director and a parent… and do a great job both at work and at home. And I know this because, at risk of singing my own praises, I do both of these roles, and I think I do them pretty damn well. (My line manager and my children may have a slightly different view.)

How can you do that? How can you open your organisation up for parents like me to come and work within? It’s very simple. And I know that it’s simple, because it’s what my current organisation, Benefex, do so incredibly well. Here’s what you need to do…

Embrace flexibility
For all of your employees, not just those who are parents. Flexibility will widen your potential talent pool, positively impact attrition and form a vital component of your company culture. It’s hard to understand why any business wouldn’t want to encourage it.

Lead by example
Don’t be afraid to reference your own life outside of work. Make a point of leaving early where you need to, or attending school appointments. Your behaviours will set the tone for what others perceive to be acceptable. If you can show that it’s okay – in fact, positively encouraged – to integrate your work and home lives, then others will follow.

Speak out
Share examples within your organisation of those who are integrating their home and work lives and making it work. Show how they have progressed and how you have enabled them to succeed. Encourage others to want to do the same.

Manage your managers
Ensure that the message you are sending out is being lived by all of your heads of department and team managers. It’s no good having a supportive approach to people’s parental responsibilities if that approach doesn’t extend down past your first tier of management. Everyone needs to feel that the way of working you’re encouraging is acceptable, not just your own direct reports.

Provide positive reinforcement
While this won’t be the case for all parents, I know that I am regularly gripped by moments of self doubt (those who know me well will know this is probably an understatement!). Am I doing enough at home? Am I doing enough at work? Taking the time out to praise those who juggle home and work responsibilities successfully is one of the most important things you can do as a senior leader. Remind them that they’re making it work. Because every time you do so, the greater the chance they’ll continue to do so.

Statistically, the majority of your employees will have parental responsibilities at some point during their career. We know that a more diverse workforce provides us with increased competitive advantage. So why not, today, take the first steps towards becoming that organisation where individuals are able to come to work, to be both a parent and a professional… and to be actively encouraged and supported in that integration of their work and home lives.

What does 2021 mean for employee benefits?