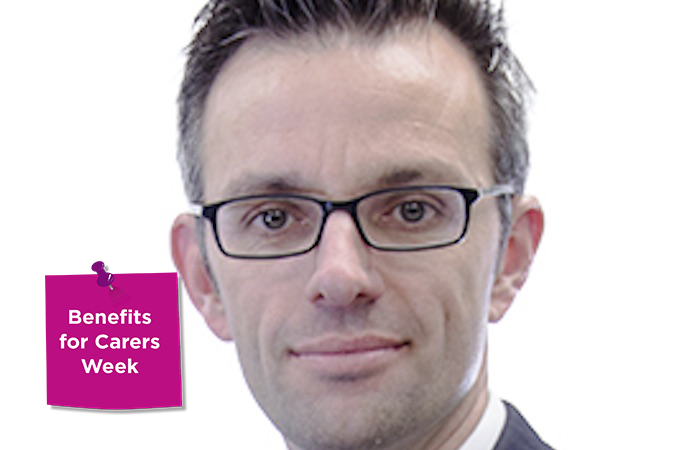 Across the world, people are living longer. Between 2015 and 2050, the proportion of the world’s population over 60 is set to almost double from 12% to 22%, according to the World Health Organization.

In Aon’s recent report, The aging population: why it’s time to take notice, it noted that life expectancy has risen within the UK from 75 to 81 over the past 30 years, and Our World in Data figures show that by 2040 it’s expected to be as high as 85.

Much has been said about the challenges this presents for both employees and employers. However, the issue has not yet reached the forefront of employers’ minds. Only 35% of companies said they were effective at addressing the ageing workforce and retirement readiness in a Aon survey, called The future of total reward, published earlier this year.

So, why should employers take note of the ageing workforce and how can they tackle the challenges it presents?

Put plainly, employers need to consider the ageing population because it will affect their employees’ wellbeing and therefore their resilience.

There are other organisational impacts too. As the average age of the workforce rises, so too will the risk of ‘poor health years’. This will likely increase the risk of health insurance claims and drive up premiums on benefits such as medical insurance, life assurance and income protection.

But beyond just risk, employers could see an increase in actual claims due to these ‘poor health years’, which will drive up costs again.

As well as the impact on overall health, employees’ financial wellbeing may be affected by this population trend, as there could be changes to the pension landscape – such as the state pension – due to the volume of people claiming it.

Finances will also be hit by the burden of caring responsibilities, which are likely to increase as the population gets older. This is due to the rise in life expectancy alongside the fact that people are starting families later, resulting in the ‘sandwich generation’ where people are caring for both young kids and older parents at the same time.

Aon’s The aging population report said that one in four of the UK’s adult population would experience ‘sandwich caring’ at some point in their lives. For some employees, this will mean having to change their working hours or needing more flexibility in their role. For others, it could take its toll mentally and financially.

Last year, it was found that 2.6 million people had given up work altogether to provide care, according to Carers UK: caring behind closed doors, published in October 2020, while a further two million had reduced their working hours to care for a dependent.

A recent study from the Office of National Statistics also found that 55% of carers said they suffered from depression as a result of their caring role, while more than two-thirds reported using their own income and savings to cover the cost of care.

The past 18 months has only exacerbated the caring issue, with carers more likely to be providing more care either because the needs of the person they care for have increased or because services have shut down due to the Covid-19 (Coronavirus) pandemic.

Is there a solution?

While the ageing population presents many challenges for employees and employers, there are ways to mitigate its effects and create a more resilient workforce.

It’s been widely discussed that the government is unlikely to be able to carry the full burden of health and welfare of the nation amid the backdrop of an aging population. This is illustrated in the continued debate about NHS funding, erosion of disability benefits and the increase in the state pension age. Despite efforts to increase spending, funding for adult social care, for example, is estimated to be around £3.56 billion short of what is needed, according to Age UK.

But this is where employers can step in. First, by looking at prevention through employee wellbeing initiatives. These can try to reduce the risk of ill health, change behaviours and habits and try to prolong the ‘good health years’.

This could be through encouraging physical exercise or eating well, or it could be looking at financial education and planning to reduce the strain on an employees’ mental health and stress levels. These sorts of initiatives can not only improve employee wellbeing, but also reduce premiums on insurance and health schemes.

Secondly, employers can support their workforce through the changes in their lives. Companies can offer eldercare advice or guidance to support employees in older age and the different phases of their life.

Employers can also offer flexibility for those who have caring responsibilities, or additional paid leave. If employees know they have the ability to care for their dependents in a way that suits them, it can increase employee engagement, company reputation and retention.

All of the solutions offered need to be mindful of the company’s own workforce and who their employees are. This means being inclusive and paying particular attention to those who are typically adversely affected by the aging population, for example those from low income backgrounds, different ethnicities and genders.

By acknowledging the issue and taking steps to mitigate its impact, employers can ensure they have a more resilient workforce and business.

Mark Witte is head of health and risk consulting at Aon

Will an ageing workforce change the face of the employee benefits package?