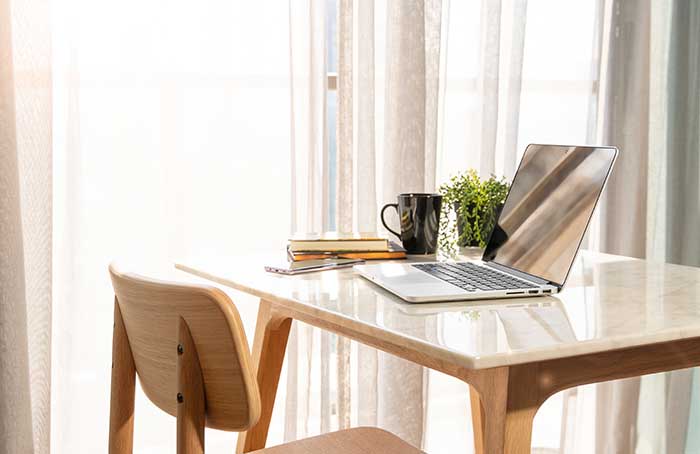 While the pandemic has given employees greater freedom of choice in where they work, for some, this freedom could come at a price. Major tech firms including Facebook, Twitter and Google are planning to cut the pay of employees who choose to relocate away from their head offices. Last summer Google announced its employees will face a pay cut of up to 25% if they work remotely.

A survey of UK business owners, chief executives and senior managers published by HR software firm CIPHR in August 2021 found that while two-thirds (68%) have given all or most of their staff the option to work remotely, the same proportion are thinking about reducing the pay of employees that wish to work from home permanently.

However, it appears that only a handful of employers in the UK are so far going down the same route as Google, as the Chartered Institute of Personnel and Development’s (CIPD’s) latest Reward Management Survey, published in February 2021, revealed that only 7% of organisations had changed pay to reflect homeworking, or had plans to do so.

CIPD senior performance and reward adviser Charles Cotton says: “While some employers might be tempted to reduce pay to reflect hybrid working, the reason that few have done so may be because there are considerable legal and practical challenges, not to mention the implications on organisational fairness and inclusion.”

An employee can only expect to take a pay cut if their salary varies by location already; for example, if they have a London weighting and are no longer living in the capital or travelling into the workplace every day. Other than that, an employee’s pay can only be cut with their agreement. “If it’s forced through without their consent, which it most likely would be, it would be a breach of contract and employers can be taken to tribunal,” adds Cotton.

Nevertheless, the emergence of hybrid working has led some employers to question whether pay should be adjusted to accommodate for the reduction in commuting time and costs. As Simon Whitehead, employment partner and head of the recruitment sector at law firm Brabners, points out, commuting time is not generally treated as working time, and commuting costs are largely shouldered by employees, therefore the plausibility of such an approach is legally questionable.

“Location has never contributed to how wage levels are set in the UK,” he says. “Instead, wages are determined by an employee’s skillset and the work that they deliver. Employee consent is unlikely to be given to changes based solely on the change in commuting, unless there is some corresponding reduction in the amount of output expected in return, or some benefit to incentivise the employees to accept the change.”

If an employer can’t secure agreement to the proposed changes, they would need to terminate existing contracts and issue new ones in their place to enforce the variation. However, the use of such ‘fire and rehire’ tactics could lead to a sizeable employee and public backlash, with huge reputational repercussions. Whitehead adds: “It is also difficult to execute successfully due to collective consultation requirements and the fact that, technically, the employees’ contracts would be terminated with a risk of tribunal claims.”

Amended contracts would also need to reflect more than just the pay, as Dee Coakley, chief executive and co-founder at global employment platform Boundless, explains. “Address, working hours, adequate time-tracking of overtime and employee health and safety will all need to be addressed anew,” she says.

Another option for employers could be the introduction of a two-tier pay structure, which would see new recruits paid differently based on where they do the majority of their work. But given the popularity of flexible working, new talent could be deterred from joining the organisation, as Cotton points out. “While flexible working and technology mean you can employ people from anywhere in the world, employers from anywhere in the world can also recruit your staff, so cutting pay could put you at a disadvantage in the current tight global labour market.”

Such a move could also undermine equality and diversity initiatives while having a negative impact on equal pay objectives. It also sends a message that the employer doesn’t value flexible working employees as much as those who are in the workplace on a full-time basis.

Employee benefits provider Santé Group has yet to see any signs of this trend among its clients. Chief executive Paul Nugent says: “We certainly haven’t seen a knee-jerk reaction to pay changes but what we are seeing is employers more focused on ‘doing it right’ when implementing hybrid working. For example, undertaking health and safety reviews and looking at better ways of managing people when they are working remotely.”

54% of young staff would quit over no hybrid working

83% of employers have a hybrid working model