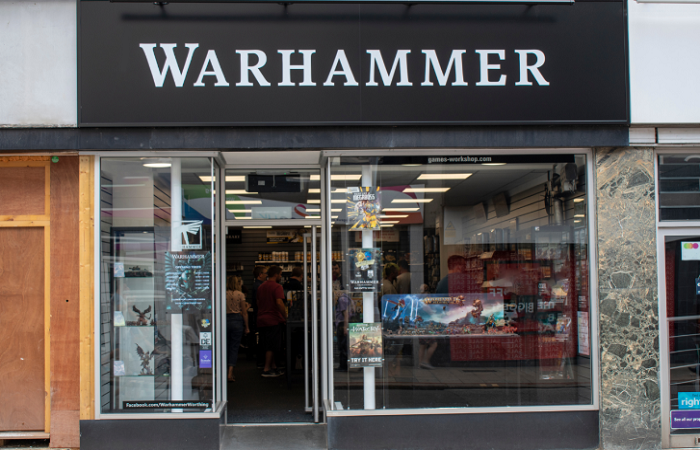 Warhammer retailer Games Workshop has announced it will award its shop workers, model makers, designers and support staff a £5,000 bonus each.

The Nottingham, UK-based business, which sells fantasy gaming equipment and Lord of the Rings figurines, said its 2,600 workers would split a £10.6 million special bonus on top of a £2.6 million profit share under its staff share bonus scheme. The share bonuses are worth more than £12 million in total, which is a £10 million increase on the £2 million of awards given to staff in the previous year.

Senior managers and executives will share an extra £1.1 million bonus pot, which is up from £300,000 the year before.

According to Games Workshop, it was able to pay out the bonuses as sales in the past year rose by just over a third to £361 million and pretax profit jumped almost 70% to £151 million. These increases were due to more interest from tabletop gamers during the Covid-19 (Coronavirus) pandemic, with the company cancelling business rates relief and other pandemic financial support from the UK government due to its results.

Despite the business’ 523 stores around the world being forced to temporarily close through the pandemic lockdowns, demand for the games remained high. It still performed well as a result of social media engagement, online events, and online sales.

Kevin Rountree, chief executive of Games Workshop, which trades on the high street as Warhammer, explained that the special bonuses were a reward for employees’ “exceptional performance in helping to increase our profitability significantly”.

“After a tough year, we are delighted that the Warhammer hobby and Games Workshop are in great shape,” he said, before adding that the latest edition of the group’s Warhammer 40,000 game has been its “most successful launch to date”, with a new Cursed City game also selling out quickly and US sales being particularly “strong”.

Hawksmoor offers employees bonuses up to £2,000 for staff recommendations