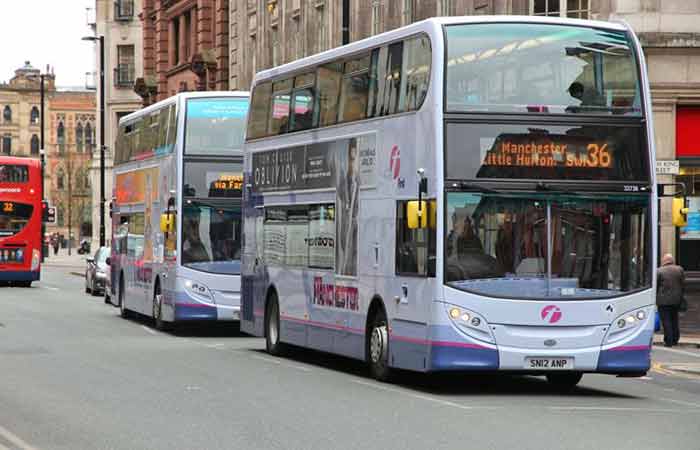 Strikes took place at the transport company’s depot in Oldham on both Monday and Tuesday this week, as drivers demand an immediate pay increase from the current rate of £12.40 to £13 an hour, as well as changes to their rotas.

Drivers are reportedly also insisting that any pay rise should be backdated to August 2021, which they say is when an annual increase was due.

In addition, the drivers claim that the business has refused to reinstate pre-Covid-19 (Coronavirus) shifts, which were changed at the start of the pandemic to accommodate lower passenger numbers, despite passenger numbers picking back up.

The majority of the drivers are represented by Unite, with 99% of members of the trade union voting in favour of strike action. The union said it was willing to take part in further discussion with First Manchester to resolve the dispute but if a resolution is not reached, further strikes are currently scheduled for 18, 20, 24 and 26 January.

Unite general secretary Sharon Graham said: “Our members have been hailed as heroes for working throughout the pandemic but that praise feels decidedly hollow when First Manchester is refusing to make our members a reasonable pay offer.”

First Manchester managing director Ian Humphreys added that the business was “extremely disappointed” that Unite had chosen this course of action at a time when efforts were focused on protecting jobs and maintaining services for the public.

“I would like to apologise sincerely to all our customers for the disruption and inconvenience this will cause,” he said.

“We have been holding extensive talks with union representatives over the last few days and made every attempt to avoid industrial action, especially given the short notice this creates for our customers to make alternative travel arrangements.”

How can I ensure my company has the right data to make informed decisions around pay and reward?