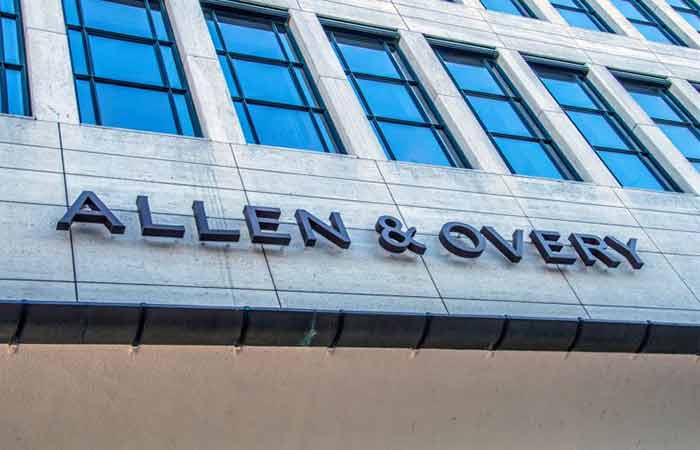 Law firm Allen and Overy has published its fifth annual gender pay gap report, which found that its overall mean gender pay gap in 2021 was 59%, a slight decrease from 60% in 2020.

The firm’s mean and median gender bonus gaps were 28% and 30%, respectively. These both narrowed, from 37% and 50% in 2020. Allen and Overy stated that this is partly due to a one-off bonus paid to all employees in recognition of the difficulties created by the Covid-19 (Coronavirus) pandemic, and that when these are excluded, the bonus gaps were comparable to the previous year.

The combined mean ethnicity pay gap for all partners and employees working for Allen and Overy in the UK remained the same as 2020, while its median gap fell from 41% to 35% in 2021.

The firm reported that it has between 18% and 29% black and ethnic minority representation across its four pay quartiles in London, ahead of a goal of 25% by 2025. Meanwhile, its overall board reached 40% women, and its executive committee was found to be 31% female.

Sasha Hardman, global HR director of Allen and Overy, said: “In most areas, we are seeing a decrease in pay gaps, particularly when we look at the longer-term picture from our first report in 2017 to now. Where pay gaps exist they are a reflection of the make-up of our workforce, particularly at the senior end of our business.

“In our last report, some six months into the pandemic in the UK, we talked about the risk of diversity and inclusion being forced down the priority list as other business considerations took precedence. But rather than divert our focus, it has given us more insight into what our colleagues need and greater momentum to make progress than I have seen at any time before.”