Following a cabinet reshuffle in light of last week’s general election, David Cameron has announced that Ros Altmann will be replacing Steve Webb as pensions minister. As the industry works with one of the largest reforms to the sector in almost a century, the former adviser to Tony Blair has been tasked with ensuring that the pensions revolution does not stray off track.

She has also previously worked as a director of over-50s specialist Saga Group and has been a ‘business champion’ for older people during the coalition government. Altmann will now apply this expertise to aid with overseeing areas such as pensions policy, the state pension, automatic enrolment (AE) and The Pensions Regulator (TPR) to name a few.

She has emphasised her excitement at the opportunity to influence political matters stating that she “passionately believes in the new pension reforms” and that “trusting people with their own money is an essential step to helping everyone make the most of their hard-earned savings.” 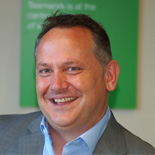 Simon Fletcher, chief executive officer of Johnson Fleming, said: “We welcome the appointment of Ros Altmann. Her selection demonstrates that helping individuals plan for their retirement remains a key focus of the government. It’s great to see such a respected industry figure appointed to this role at such a pivotal point for the pensions industry.

“Right now we need to strike the balance between continued legislation to ensure that the market is competitive, innovative and working in the best interests of the consumer, while not overloading employers with further cost and complexities when they really want some space to focus on their core business.

“Something that would certainly help to bed in recent change and ease the path to future development would be a single regulator working more closely with government. This could include a more joined and simplistic approach to the pension regime for companies and individuals from the government down.”

Income protection — some ideas for the new government…