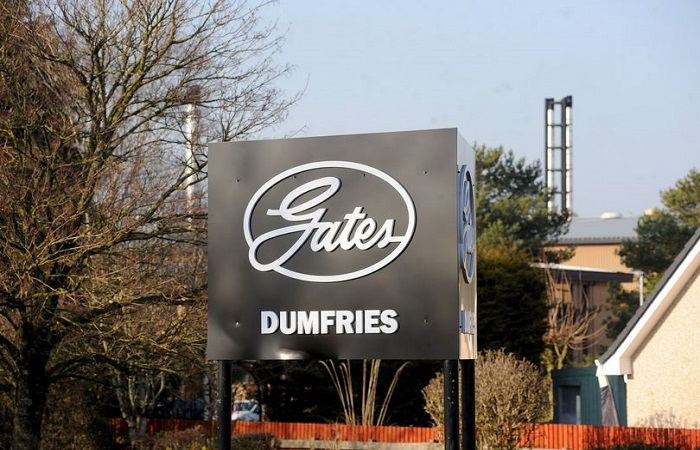 Hundreds of Gates Power Transmission employees will be balloted for industrial action due to the organisation’s attempts to impose cuts on pay.

The union GMB Scotland has served a formal notice to management at the Dumfries-based vehicle drive belts manufacturer, which is part of the Gates Corporation, stating that it will be asking staff whether they will support strike action – or action short of strike – proposed to run from 21 June until 5 July.

This announcement follows weeks of negotiations between union representatives and Gates, with no agreement made to improve the terms of a 0.5% rise on the basic rate of pay for staff over the next 18 months.

GMB’s Scottish organiser Ude Joe Adigwe commented that a below inflation pay offer is an “absolute insult” for workers who Gates insisted were part of the frontline response to the Covid-19 (Coronavirus) pandemic and that full production has been maintained at the Dumfries site over the last 15 months, with staff also producing parts for ventilators.

“There really is no excuse for Gates’ failure to give these workers the proper recognition and value that their efforts deserve. The ball is in the Gates’ court, they can either do the right thing and up their offer or face the real prospect of industrial action over the summer,” he said.

Gates Power Transmission was criticised back in April by Adigwe for keeping staff at work during the lockdown. At the time, Gates’ global director of communications Ani Vattano responded that the business was staying open to help with the provision of ventilators.

A Gates spokesperson said: “These are very dynamic times and we are working hard to mitigate the risk of the virus spreading across all of Gates Corporation, including within our Dumfries facility. We do not take the safety of our employees lightly, in Dumfries, or anywhere in the world.”

They added that Gates is in active negotiations with GMB and negotiating in good faith, hoping for a swift and mutually satisfactory resolution.