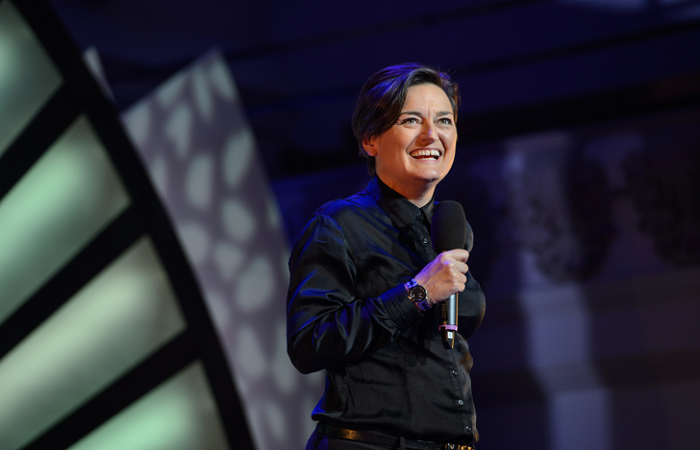 Comedian Zoe Lyons will host the Employee Benefits Awards 2021, which will take place on Friday 12 November 2021.

Now in its 19th consecutive year, Lyons will welcome delegates back in person to the awards at its exciting new venue at Old Billingsgate in London. It is the go-to annual event of the year for the rewards, benefits and HR industry, providing the opportunity to recognise and celebrate organisations, teams and individuals who are driving innovation and excellence through their reward and benefits strategies.

Lyons is well known for her stand-up comedy performances on tour, television and radio, featuring on Live at the Apollo, Mock the Week, Michael McIntyre’s Roadshow and This Week, as well as being a regular on Radio 4 institutions The News Quiz and Just a Minute. Along with her run on Celebrity MasterChef, she has appeared on celebrity editions of almost every quiz show from University Challenge and Pointless, to Mastermind.

According to The Guardian Lyons “has what it takes to delight any crowd”. Her comedy is described as including anecdotes and reflections on the absurdities and frustrations of modern life, which resulted in her first Edinburgh show being nominated for the Comedy Award Best Newcomer. She has returned to the festival almost every year since and has built up a reputation as one of the most reliable performers on the circuit.

The daytime event will include a drinks reception, three-course meal, entertainment and the chance to network with industry professionals face to face, as well as the ceremony itself.

For more information and to book your seats.

One month to go until the Employee Benefits Awards 2021