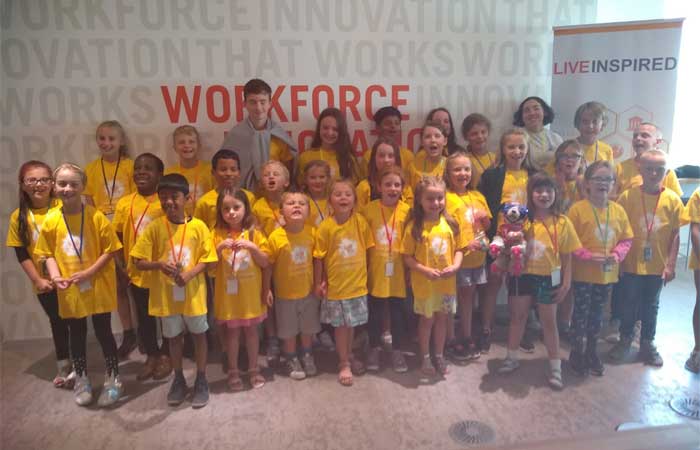 Kronos Incorporated and Ultimate Software, soon to be known as Ultimate Kronos Group (UKG), has thought long and hard about its wellbeing strategy during the Covid-19 (Coronavirus) pandemic, ensuring that all of its 12,000 employees with caring responsibilities are not overlooked.

Like most organisations, Kronos Incorporated and Ultimate Software has adopted flexible working as part of its culture and encourages employees to create a work-life balance; something it feels is particularly key for employees who are looking after children or other dependants.

The business has also run a series of webinars dealing with parental challenges, including ‘how do you deal with procrastination and a teenage mind’. David Morgan, senior director of HR at International Kronos and Ultimate Software, explains: “The webinars are semi-fun but also have a serious element to them. It was a general feeling that we needed to do more and we focused on where we thought would be the most useful to them at the time.”

One of the greatest challenges it faced at the start of the pandemic was around working mums. “We’re not excusing the fact it was working mums, not working dads,” says Morgan. “We believe generally if [we] look at that demographic, that is where the challenges were for us.

“The aim was to put in place more than just webinars, more than just sound bites or Youtube activities. We wanted to understand and challenge ourselves to what else we could be doing and that’s when we brought in Nicky Lowe at Wisdom for Working Mums, who knew about the concept of mums.”

Lowe was tasked with finding out which areas working mums needed support with, and creating digital workshops. Becky Taylor, HR business partner, adds: “We started with a two-hour workshop for all of our working mums, looking at how we navigate the challenges of work and home life, and the guilt for working mums. Thirty mums attended the workshop and nine put their hands up for one-to-one coaching. For some, a couple of conversations were needed, but for others a whole programme of support was needed.”

The organisation also launched a networking site in August 2020, accessed via Microsoft Teams. This included articles and Q&As. “We’ve had great feedback: that there’s a sense of relief, there’s others experiencing what I am and bringing them together has been great,” says Taylor. “There is a challenge of balancing life and the guilt.”

Since 2018, Kronos has run bring-your-children to work events. This could see 40 primary age children arrive for the day. “Last year, we had some teenage kids who helped to plan and set it up, and ran it on the day,” explains Taylor. “There were exploding volcanoes built in towers, it was an amazing time, a lot of fun. For the kids, it’s a great chance to to see where their parents work and they all come away with a swag bag.”

This year, it has had to run things differently and the organisation created a plan to entertain  children at home. All children were sent a pack including a Kronos t-shirt, bag, snack and water bottle, plus an activity tailored to their individual needs. The packs included a storybook and sweets for children up to [age] three, a craft pack for those aged four to seven, a den-building pack for eight to 12-year-olds, and teenagers received a notebook, a folder and an invitation to a webinar hosted by the international director of talent acquisition, which covered skills such as how to write a CV and interview tips.

“We wanted to do something different, to let working parents have some organised fun time on us, and also we wanted to say thank you to kids whose parents were working hard trying to balance everything,” says Taylor. “It is nice to give something back if they’ve been at home all this time and ‘lending us’ their parents. Hopefully next year will be full-on chaos in the office again.”

How will support for working carers change after the pandemic?

Esther Langdon: Will support for working carers change after the pandemic?