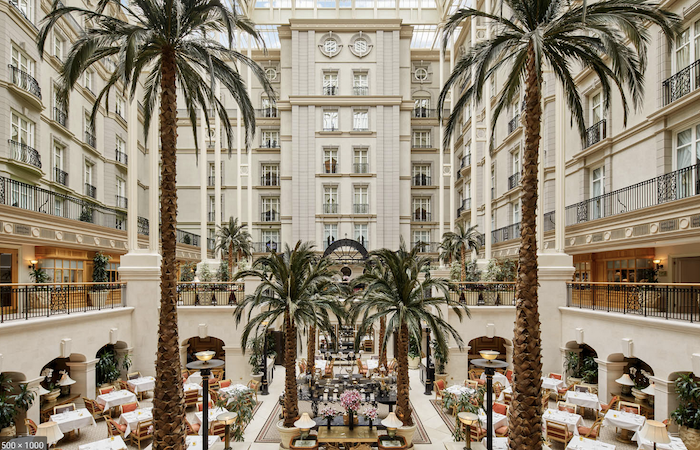 Five star hotel The Landmark London has launched a scheme to allow its chefs to work a four-day week with increased pay as part of a continued commitment to invest in team wellbeing.

According to the business, the change was devised by executive head chef Gary Klaner in order to deliver a better work-life balance for chefs and to improve the working environment in hospitality industry kitchens. It will also increase pay for chefs across the hotel in recognition of the hours they work.

The scheme will start in The Landmark London’s Winter Garden Restaurant and will be rolled out to the hotel’s other kitchens, including the Great Central Bar and the Hub, depending on its success.

The hotel argued the decision to introduce this change was part of the organisation’s ongoing mission to reach an “outstanding” level of quality in its people management, engagement and wellbeing strategy.

In addition, the owners have invested £10 million in new kitchens, back-of-house areas and staff facilities, which include a new restaurant for team members with open-plan kitchens and designated team. A new academy for the team to learn and develop in a variety of skills, behaviour, cultural and management development programmes has also been introduced.

Nicola Forshaw, group director of human resources at The Landmark London, said: “We are delighted to be leading the way in changing chef working patterns by offering a four-day working week. We prioritise investing in our team, supporting them in achieving a balanced lifestyle and this new initiative will work towards our ongoing mission to enhance their wellbeing.”

Klaner added that the creative change in work days would relieve some of the current pressure the team was under, which he stated was something they were “very excited about and engaged with”.

“It shows The Landmark London’s serious investment in our employees and the commitment to providing a healthy work-life balance for them,” he said.

61% of UK staff are unhappy with their salary