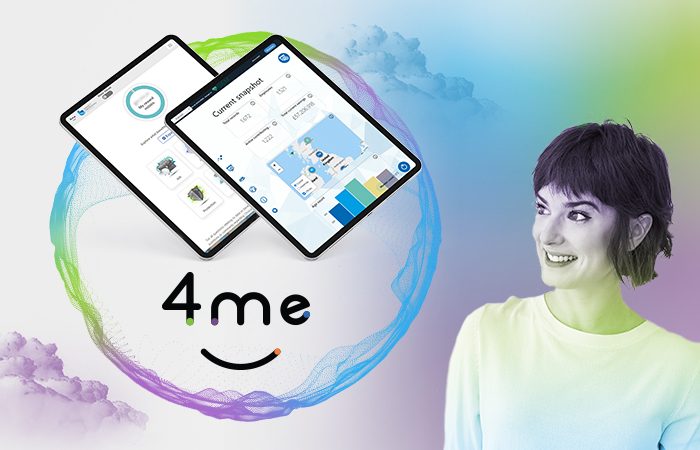 No two people in the world are alike. DNA is the very material that defines our uniqueness – the very substance that carries the information we need to survive and to thrive. This isn’t because we are all made of different molecules, but because of the way the molecules in DNA are arranged.

You could also say something similar about businesses. Many may share a lot of the same core features, but they look and behave quite differently.

So just like humans, no two businesses are alike.

What is Employer DNA?

Data, analytics and insight can be used to understand the core make-up of your organisation; its commercial operations, workforce, customers and the markets in which it trades. But it’s people who really make organisations different.

So by using people data, you get a detailed understanding of your “Employer DNA”; the genetic makeup of your organisation that, if used properly, can transform the way it is run and allow leaders to make more effective decisions.

Knowing your Employer DNA helps you understand your organisation’s unique purpose and values. You can then measure the extent to which these values are lived and breathed through your organisation’s culture, behaviours, employment proposition and employee experience.

This includes things like the employee benefits and services. For example, 4me, our digital benefits platform, recognises that employees are a diverse group of people, with different needs and wants. So it offers the benefits that really matter to them as individuals.

Doing more with your data

Human DNA is complex and vast. It exists in every single cell and if you put your DNA end-to-end, it would stretch over 110 billion miles! Yet, despite this, only a select few have the skills and understanding necessary to interpret it. Similarly, despite having a plethora of data, most organisations struggle to unlock even a small proportion of their Employer DNA’s true potential.

The operational realities of HR and people data mean that it is often unstructured, inconsistently stored, has glaring gaps and is probably also held in silos. Research shows that whilst most employers collect very basic HR data this is, more often than not, operationally focussed and simply used only to explain the past.

By moving away from this, largely operational usage, your Employer DNA has the potential to do so much more. It can inform and determine the future and it can transform your employment experience.

Moving up the analytics ladder

To help unlock your Employer DNA, it’s helpful to visualise data analytics as a step ladder with five rungs. The higher up the ladder you climb, the better the views and insight you’ll get.

To be fair, the first two rungs are not actually really forms of data analytics; they are just the provision or reporting of information. Research shows that the HR profession is overwhelmingly focused on this basic analysis and reporting. In other words, if we continue our ladder analogy, it means that the vast majority of employers never get any higher than the third rung.

Indeed, the CIPD’s 2020 People Profession Survey* showed that only 6% were using advanced analytic techniques on people data to inform decision making. Interestingly, this percentage did not vary significantly between small and large firms.

The top two rungs are where you really want to get, this is where analytics really starts to add value through insight. It’s where analytics can be used to predict what will happen and can even prescribe what our next steps should be.

Garbage in, garbage out

The blueprints for the ever first machine that could possibly be called a computer – the “Difference Engine” – were created by an English mathematician, Charles Babbage, way back in the 1830s. It was a plan for what must have seemed like a magical mystery machine — a mechanical contraption with an array of whirling cogs and gears which required physical cranking. Whilst Babbage never did manage to build the whole machine, his blueprints for this (and his more robust Analytical Engine) are widely recognised as the first computer ever invented.

That short history lesson enables me to provide an important insight. In Babbage’s autobiography, his recorded response to an often asked question, “Pray, Mr. Babbage, if you put into the machine wrong figures, will the right answers come out?”, is still used today – albeit idiomatically – as “garbage in, garbage out.”

So, in analytics, if we don’t want to get “garbage out” we need to ensure that we are recording helpful data in the first place. If you stop and think about it, there’s a lot of data already stored that could be harvested, collated and aggregated; payroll data, time and attendance reports, pulse surveys, benefit usage information, employee demographic data, gender pay data and possibly external sources such as Glassdoor

Our own research of UK employers shows that operational metrics around recruitment, absence rates and reasons for leaving employment are some of the most commonly collected. However, wider strategic and financial metrics such as revenue and profit per employee hour worked, regretted leavers and cost of turnover are rarely measured or reported.

So how do you know you’re collecting the right data? Thankfully, if you apply these three simple tests, you can’t go far wrong:

Making Employer DNA work for you

Of, course, the people analytics journey has to start with getting the basics right before moving forward to advanced analytical techniques. If we once again think about human DNA for a moment, these basic analytic techniques might be able to tell us that we have traces of Scandinavian ethnicity. Whilst it is pretty cool to know that there’s a little bit of Viking in you, it isn’t actually overly useful!

If we move up the rungs of our ladder, to predictive and prescriptive, this is when human DNA can tell us much more valuable information. It can tell people about whether they’re predisposed to certain traits. Specific changes in DNA can also be directly associated with medical conditions and these can help diagnose and predict a person’s risk for developing a disease. This, in turn, can even help determine the best possible medical interventions.

In the world of Employer DNA, for inspiration and encouragement, let’s look at a few examples where these advanced analytic techniques have already been deployed to great effect by a few trail blazing employers.

Although data analysis has already completely revolutionised our everyday retail journeys, in the workplace many key decisions are still based purely on anecdotal evidence or instinct alone. Slowly but surely, the juggernaut is turning and analytics is on the rise in the workplace. Indeed, we are heading towards a new destination where Employer DNA will deliver sustainable, robust and innovative strategies.

I started by saying that “DNA is the very material that defines our uniqueness – the very substance that carries the information we need to survive and to thrive.” The same is true for Employer DNA. As you work your way up the rungs of the data analytics ladder, the closer you get to the top, the more you’ll realise that your Employer DNA really does contains the insights you need to both survive and to thrive.

Employee wellbeing in a shaken population

Financial wellbeing: how does your mind work?

Planning for the return to traditional working practices