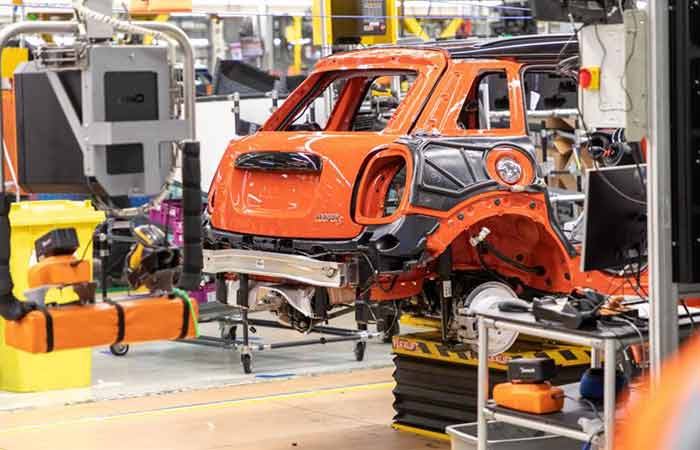 Around 3,500 workers at the BMW Mini vehicle plant in Oxford will get an immediate 5.5% increase in basic pay following negotiations between the employer and trade union members.

The multi-year deal will see the initial rise backdated to 1 January 2022 and include lump sum payments totalling £1,500 throughout this year.

Further increases of 2.5%, or the level of Retail Price Index inflation (RPI) if this is higher, are guaranteed in the second and third years of the agreement, along with further cash payments of at least £1,000 per annum. A further £500 is on offer each summer if RPI is above 3%.

In addition, the way in which working hours are recorded will change so that staff do not lose out financially because of plant closures related to Covid-19 (Coronavirus). In each of the three years of the deal, workers will have 33 hours credited to their Working Time Account, and they will also bank 1.5 hours per week.

Unite regional officer Scott Kemp explained that the “complex agreement” delivered “for all workers” at the plant.

He added: “This deal not only delivers on pay, it has also tackled the problem of workers potentially going unpaid due to the effect of the pandemic and the semi-conductor crisis on production at the plant.”

Unite general secretary Sharon Graham said the deal would “provide stability and assurance for the workforce over the next three years”. She added that she hoped it would also “help lead to further substantial pay increases throughout the automotive sector”.

A BMW spokesperson said: “The deal enhances working arrangements for our workforce and increases production flexibility over the next three years, allowing Mini Plant Oxford to better support customer demand.”

Across all sectors, employee pay rises in 2022 have typically been worth about 3%, according to data published this month. Incomes Data Research (IDR) found that around half of reviews this year had concluded to give employees an increase of 3 per cent or more.

THE GREAT RETENTION: HOW TO RETAIN EMPLOYEES DURING THE GREAT RESIGNATION

Claire Timmins: How can employers use healthcare benefits to ease the NHS backlog?

Random Acts of Kindness That Are Kind to The Planet Too

Dr Jayne Moore: How can employers use healthcare benefits to ease the NHS backlog?