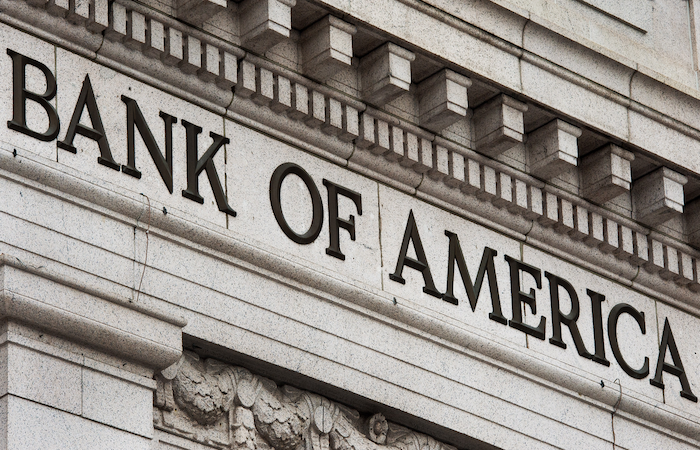 Bank of America is to give its junior bankers globally a pay boost of $10,000 (£7,290) per year and will offer them wellbeing conversations.

The move is in response to a sharp rise in deal activity and comes in the face of increased competition from rival banks, which has seen Credit Suisse give its junior bankers at vice president rank and below a special $20,000 (£14,582) bonus and Apollo Global Management reportedly offer a $200,000 (£145,820) payment to juniors in return for remaining at the firm until September 2022.

The bank’s decision also aims to address the long hours staff in the sector are expected to work and the remote working environment created by the Covid-19 (Coronavirus) pandemic.

In a memo to staff from the executive committee of Bank of America’s global corporate and investment banking unit, it said: “Your contributions and commitment have become more important than ever to the continuous success of our deal teams and client relationships.”

It added: “Your efforts and wellbeing are critical to our success.”

The memo said that the rises were also made to reflect the “ongoing remote work environment coupled with recent pace of record market activity and client requests and transactions”.

Although Bank of America is not commenting specifically on the pay boost, John Yiannacopoulos, a spokesman confirmed the rises will be “meaningful”, with major news outlets all leading on a $10,000 (£7290) per year increase for analysts and $25,000 (£18,227) for associates and VPs (with comparable increases in local currencies).

The rises will be effective from 1 May, and the bank is also launching a scheme that will enable staff to give feedback on issues around workload and work-life balance.

These ‘check-in’ events, capped at 25 junior bankers, will be held to – according to the memo – “receive your input on how to continue to make things easier and more efficient, provide targeted resources and support, ensure your health and wellness, and stay connected.”

Bank of America’s pay rise and wellbeing conversations come on the back of controversy two weeks ago, when it was revealed by junior bankers at Goldman Sachs (UK) that they were expected to work inhumane 100-hour weeks, and were suffering abuse from co-workers about speaking out about it.