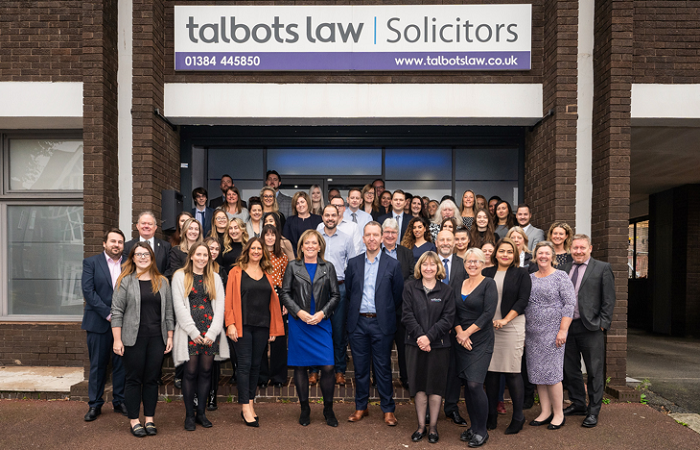 Talbots Law has become an accredited living wage employer, committing to pay its staff in line with rates set by the Living Wage Foundation.

According to Talbots, it has committed to paying its employees the real living wage and delivering “a fair day’s pay for a hard day’s work” as almost one-fifth of all workers in the west Midlands earn less than they need to get by.

The Living Wage Foundation currently sets the real living wage at an hourly rate of £9.90 across the UK and £11.05 in London, with a further hike expected top be announced in November and implemented by May 2023.

The current rates, which were independently calculated by the Living Wage Commission, sit significantly above the national minimum wage of £8.36 and the government’s living wage of £8.91 for people aged 23 and over.

Dave Hodgetts,  chief executive of Talbots Law, commented that the decision to attain accredited living wage employer status was a “no-brainer” due to the management team’s commitment to its ethos of putting staff at the heart of the business.

He explained that he was proud to be the fifth law firm in the Midlands region to achieve the accreditation and insisted the business will continue to explore ways in which to “blaze a trail” and drive positive change in the region.

“We are committed to providing our clients with the best possible service and having happy, well-paid, motivated staff encourages that,” said Hodgetts.

“It’s important that our staff feel looked after and are earning wages that both reflect their contribution and allows them to provide the life they want for themselves and their loved ones.”

MASLOW, HERZBERG AND PINK’S MOTIVATIONAL THEORIES IN THE WORKPLACE