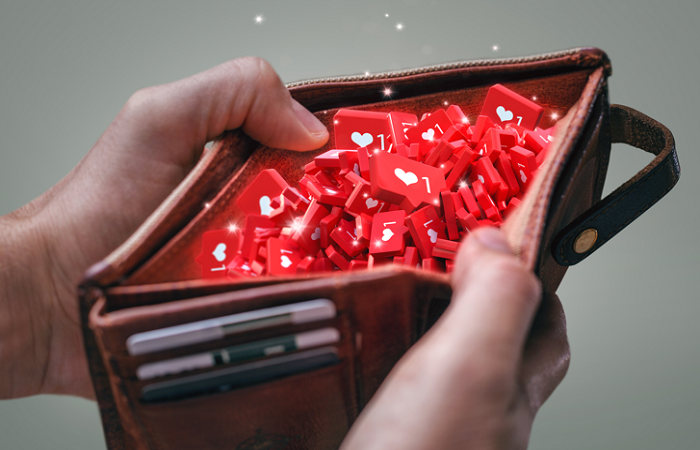 Something for the weekend: With many influencers surpassing celebrities when it comes to popularity and salary, it’s no surprise that children are growing up wanting to be social media stars. If you have kids with such a career in mind or if you harbour secret goals to become either of these yourself then listen up, because performance marketing platform Affise has revealed who the highest earning influencers are around the world.

Pick the right future job – and indeed the right platform – and you or your offspring could be earning a vastly higher wage than the average person. So all that time spent on YouTube, TikTok and Twitter could, quite literally, pay off.

Not only did The influencers: mapped report look at people’s net worth versus the average national salary around the world, but it also explored the most prolific content creators who have the biggest number of social media fans in Organisation for Economic Co-operation and Development countries. Follower counts, sectors, ages, content views, length of account activity and a comparison with home territory statistics have all been analysed for the study, which aims to shine a light on influencers’ fortunes around the globe.

In second place is UK footballer and influencer David Beckham, who has an approximate net worth of £332,016,750. When comparing his net worth to the UK’s average annual salary of £23,583,48, he is worth 14,078.36 UK salaries. Perhaps this will motivate children to work hard if they want to score a salary this high.

Argentinean-born footballer and social media star Lionel Messi ranks in third place, with a fortune of £294,940,000 that is worth approximately 12,506.21 UK yearly salaries and 81,597.35 Argentinian annual salaries, with the average being 4,902.12 Argentine pesos (£36.57) in his home country. There’s no red card for Messi in terms of his earnings.

Tanya Grypachevskaya, chief revenue officer at Affise, said: “Consumers and audiences are increasingly looking for influencers they follow to remain trustworthy, honest and authentic in everything related to their content, and this includes the disclosure of exactly how much they are earning as a result of their millions of online followers.”

Here at Employee Benefits we celebrate all jobs no matter what the salary, and always encourage people to dream big regarding their earning potential. To quote the musical Cabaret: money makes the world go round, but let’s not forget about the impact it can have on employee wellbeing too.

35% of staff worked when ill during past 18 months