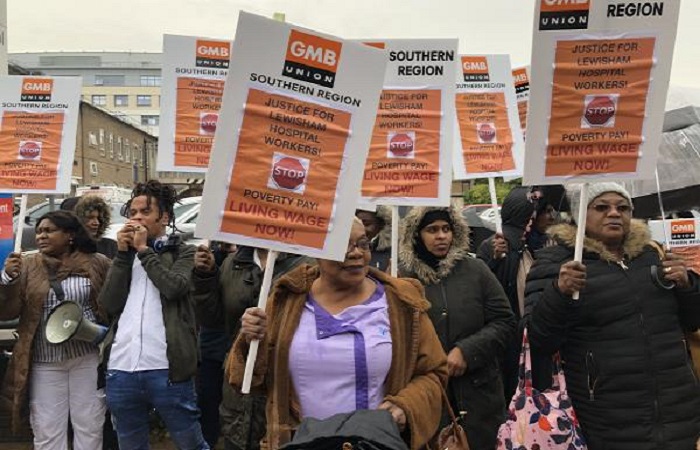 Cleaners at Lewisham Hospital, who are employed by private outsourcing company ISS, will receive an hourly pay rise, effective immediately.

The new hourly rate will see employees’ pay increase in line with the London Living Wage of £10.55 per hour. Employees will also see their pay backdated to February 2020.

Helen O’Connor, organiser at GMB, said: “This is a significant win for GMB Union and our members. We have long campaigned for outsourced workers in Lewisham Hospital to be paid the London Living Wage and have held a number of protests outside the hospital which were backed by the community and the Trade Congress Union (TUC).

“These brave hospital cleaners endured threats and bullying throughout their dispute, but their persistence has now paid off. Our members want to thank everyone who supported their pay campaign.

“The success of the Lewisham Hospital campaign shows that when unions and communities work together to stand up for themselves, they can and do win against corporate power.”

ISS was unavailable to comment at the time of publication.

Outsourced workers at University of Greenwich to receive 23% pay rise