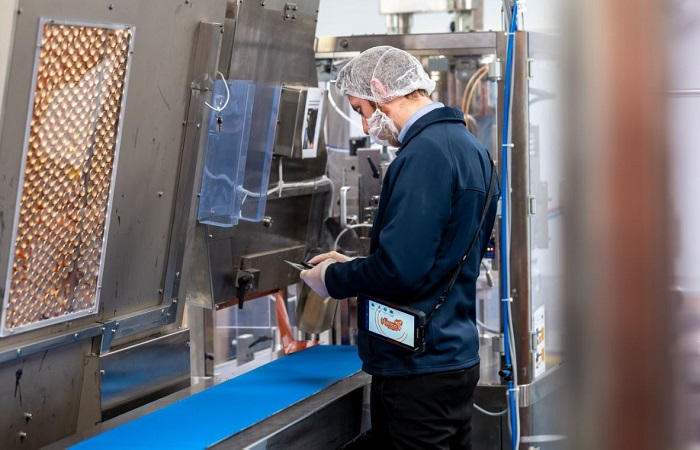 Suffolk-based Herrco Cosmetics has announced that all of its staff have been given a share of a £100,000 bonus pot as a thank you for all their hard work during the past twelve months.

The cash award was paid to staff last Friday, in recognition of the teamwork that all of the 180-strong team demonstrated to keep production running, including shifting production to make hand sanitizing gel last year at the peak of demand for it.

Not only have staff received a surprise gain, it was decided to share the bonus pot equally, meaning new joiners and those with many years’ service all got an equal cut.

All full-time employees, from office to factory roles, received a bonus payment, and can use the money to buy whatever they wish.

The award comes on top of care packs that were sent to all employees in February, whether they were working on site or from home.

The idea for the bonus came from managing director Derek Herrmann, who said: “It’s been tough. We used to have monthly employee events, but there were months where we couldn’t, and although we see some of our teammates on site, we’re still unable to fully socialise due to social distancing.

“For those working from home, they’ve been in constant isolation for three months or more now.”

He added: “The directors collectively decided that it didn’t matter if a recipient of the bonus was one week in, or has worked with Herrco for ten years or more. Everyone has been going through the same storm and so everyone deserves to be rewarded.”

Commenting on the payments, Sarah Way, people and culture director, said: “Some of our teammates have faced real struggles with their family and seen their financial situations affected as partners have lost their jobs or have had additional costs to juggle.

“Other teammates live alone and only have work as contact and connection to others. We really hope this bonus helps everyone in their personal circumstances or hopefully to be able to treat themselves and their families.”